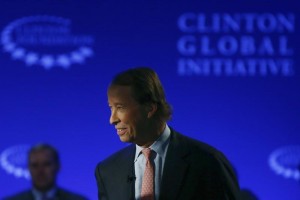 The Blackstone Group expects to begin fundraising for its seventh global buyout fund by the end of the year, said President and COO Hamilton “Tony” James.

New York-based Blackstone will seek around $16 billion for its seventh fund, peHUB has reported. The firm’s prior fund, which raised more than $16 billion in 2012, is about two-thirds invested, James said in a media call this morning about the firm’s third-quarter results. Blackstone Capital Partners VI LP is generating a net IRR of 17.5 percent and a 1.2x investment multiple as of March 31, according to CalPERS, an investor in the fund.

Blackstone on Thursday reported an 18 percent rise in third-quarter profit, missing many analysts’ expectations, Reuters reported. Blackstone’s economic net income was $758 million for the quarter. That translates to 66 cents a share, well below the 81 cents share analysts expected. 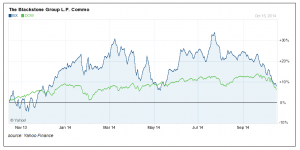 Still, James said he was happy with the results. “Wow, those are awesome returns,” he said.

[contextly_sidebar id=”Nl1yGa6npHPcuBuMSHoy9vY7gyUQVK0n”]Asked about the recent decline in the stock market, James predicted it “will chill the IPO market.” But he added that Blackstone doesn’t typically use IPOs to sell many companies. When it does, Blackstone never sells shares in the public offering. Instead, the IPO  lays the groundwork for the firm to exit in three years. “It doesn’t tend to be a big realization for us,” he said.

The corporate M&A market, by comparison, is “getting hotter and hotter,” James said.

Last week, Blackstone announced it was spinning off its M&A, restructuring and private equity fundraising advisory businesses. The units are combining with Paul Taubman’s firm, PJT Partners. A former Morgan Stanley president, Taubman left the investment bank in 2012 and founded his own firm this year.

James called Taubman a “rock star investment banker” but said the spinoff is a “bittersweet event” for him. “The advisory business has been an integral part of Blackstone and I will miss the interaction,” he said.

The last firm Blackstone spun off was BlackRock and that “didn’t work out too badly,” James said.

Earlier this month, Blackstone decided to stop collecting some fees when selling companies, Bloomberg News reported. Blackstone, however, will continue to charge companies monitoring fees while it owns them, Bloomberg said. James said Blackstone has not yet decided what the ongoing monitoring fee split for LPs and GPs will be with the new buyout fund.

Photo: Tony James, president of the Blackstone Group, arrives as a panel member for the breakout session at the Clinton Global Initiative 2014 (CGI) in New York, September 23, 2014. REUTERS/Shannon Stapleton