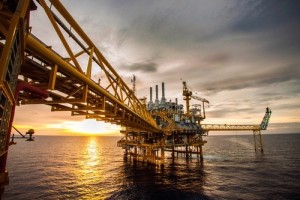 The Blackstone Group has not yet made an investment from its second energy fund, but it is poised to hit the sector hard that has been badly shaken by the collapse of oil prices.

“We’re looking at huge things,” said Blackstone President Tony James on a media call for the firm’s third-quarter earnings. “There’s a raft of energy companies running out of liquidity in the fall … The trick will be to hit the winners. Our guys are swamped with new leads. It’s ideal timing for those funds.”

On a separate analyst call Thursday, James said: “We feel pretty comfortable that energy is not going to be down forever. There’s opportunity to create value and extra value with companies that make it through [the distressed period].”

The firm closed Blackstone Energy Partners II in February on $4.5 billion. That fund not yet begun investing, James said.

“The market is roiled at the moment and it makes sense to stay disciplined,” Blackstone spokesman Peter Rose said in an email response to questions.

Blackstone closed its debut energy fund on $2.4 billion in 2012. That fund produced a 1.34x total value multiple as of June 30, according to the New Jersey Division of Investment.

In other news, Blackstone’s credit unit, GSO Capital Partners, has been in the market raising its debut energy credit fund targeting between $2.5 billion to $3 billion. It’s not clear how much that fund has raised to date. The GSO fund was slated to provide “new money solutions” to oil and gas companies.

Reuters reported that the fund would buy traded debt of energy companies rather than lend to them directly.

Blackstone reported a loss of $416 million in economic net income for the third quarter, compared to a profit of $758.4 million in Q3 2014.

“Under the noise, returns to our LPs have been terrific, AUM is growing and earnings of portfolio companies and real estate assets continue to grow,” he said. Blackstone distributed $45 billion to LPs over 12 months and raised $16 billion in the third quarter.

The firm has $85 billion of dry powder, a large pot of fresh capital to “capitalize on opportunities that [we] hope would fall out of this market turmoil,” James said.