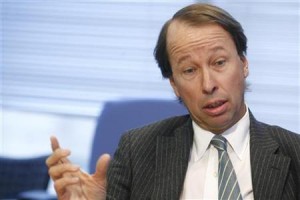 (Reuters) – Blackstone Group LP (BX.N) has secured $17 billion from investors for its latest global private equity fund in just seven months, the biggest so-called first close of a buyout fund ever, according to people familiar with the matter.

The fundraising is continuing and Blackstone already has commitments totaling in excess of $17.5 billion, which is the fund’s hard cap, or fundraising limit, the people said on Thursday, asking not to be identified because the fundraising process is confidential.

Blackstone had said last month it expected the first close for the fund, dubbed Blackstone Capital Partners VII, to occur in the second quarter. “As you know, we have had a pattern of getting our hard caps, so we’re optimistic about this one,” Blackstone President Tony James said at the time.

The $21.7 billion Blackstone Capital Partners V fund, whose investment period ended in January 2011, reported a net IRR of 9 percent as of the end of March.

Blackstone Capital Partners VI attracted some of the world’s largest private-equity investors, including the California Public Employees’ Retirement System and the Canada Pension Plan Investment Board, according to disclosures by the pension funds.

Unlike some of its peers that have funds with a specific geographic mandate, Blackstone’s private equity funds are global in scope.

A rally in equity values has raised concerns among investors that private equity firms may overpay for companies. Blackstone had more than $20 billion in available capital to invest in private equity as of the end of March.

One of Blackstone’s biggest success stories has been hotel company Hilton Worldwide Holdings Inc (HLT.N), which went public last year. Blackstone said in July that Hilton’s share price at the time equated to a multiple of 2.8 times its original investment, which came from its private equity and real estate divisions. That implied a total gain of almost $12 billion, making it the largest private equity gain in history.