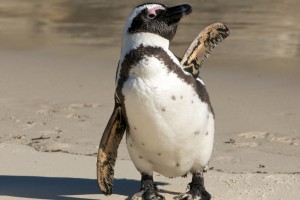 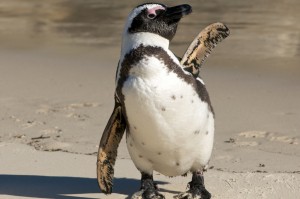 After three years, the Blackstone Group could more than double its money between realized and unrealized gains when SeaWorld Entertainment goes public later this week.

Orlando, Fla.-based SeaWorld, a theme park operator, is selling 20 million shares at $24 to $27 each via bookrunner Goldman Sachs. Other underwriters on the deal include JP Morgan, Citigroup, BofA Merrill Lynch and Barclays. The underwriters have the option to buy an additional 3 million shares, an April 13 regulatory filing says. SeaWorld plans to trade on the NYSE under the ticker “SEAS.”

SeaWorld is expected to price its deal Thursday and trade Friday, a source says.

The company operates several theme parks including Sesame Place in Langhorne, Pa., Bush Gardens in Tampa and three SeaWorlds in Orlando, San Diego and San Antonio. Total revenues were flat at $1.4 billion for the year ended Dec. 31. Net income more than tripled to $77.4 million as of Dec. 31 from $19.1 million the year before. SeaWorld’s long-term debt stood at $1.8 billion, the filing says.

When a portfolio company goes public, PE firms typically don’t sell much of their stake in the IPO. Instead, they wait for secondary offerings to cash out. This appears to be Blackstone’s strategy.

Before the IPO, Blackstone owns 100% of SeaWorld. The global buyout shop is selling a small chunk, 10 million shares, of its holding in the company.  After SeaWorld goes public, Blackstone’s stake will fall to 65.4 million, or 70.5% (if the greenshoe is exercised), the filing says.

The SeaWorld investment dates back three years. In late 2009, Blackstone acquired SeaWorld from Anheuser-Busch for about $2.3 billion. The deal included a $1 billion cash injection from Blackstone and $1.4 billion in long-term debt, according to the regulatory filing.

Blackstone has already received back more than half of its investment. SeaWorld, in March 2012, paid out a $500 million dividend to stockholders, the filing says. This followed another $110 million distribution to shareholders in September 2011.

If SeaWorld prices at $25.50, the mid-point of its IPO range, Blackstone stands to receive $255 million from the sale of shares. The company’s remaining stake will be worth about $1.7 billion. Including the $600 million in distributions, the sale of stock and the PE firm’s remaining stake in SeaWorld, Blackstone would make 2.5x its money in the theme park operator between realized and unrealized gains.