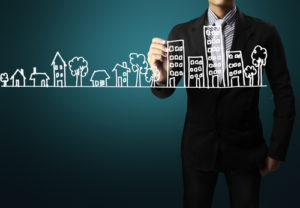 (Reuters) – Blackstone Group LP (BX.N), the world’s largest private equity investor in real estate, is preparing to seek around $13 billion for its next flagship global real estate fund, in line with its predecessor fund, according to people familiar with the matter.

Blackstone, which derived 45 percent of its earnings from real estate in the first nine months of 2014, has started preliminary conversations with potential investors about the new fund and expects marketing documents to be ready in the next few weeks, the people said.

[contextly_sidebar id=”3QrBfaw1iDrwe6o7PSss4AMgw2Z4Wvoo”]From buying single-family homes in the United States to distressed commercial property in Europe, real estate has overtaken private equity as Blackstone’s most high-profile and lucrative business. The $26 billion leveraged buyout of Hilton Worldwide Holdings (HLT.N), carried out jointly by Blackstone’s real estate and private equity funds in 2007, ended up being the most profitable deal in the firm’s history.

Blackstone has enjoyed phenomenal success in the sector. Its latest fund, Blackstone Real Estate Partners VII, which raised $13.4 billion in 2012, reported a net internal rate of return of 27 percent as of the end of September. As a result of Blackstone’s success in the sector, its head of real estate, Jonathan Gray, is being viewed as a potential successor to Chief Executive Stephen Schwarzman, who is a co-founder of the firm, people familiar with the matter have previously told Reuters.

Blackstone has sought to moderate expectations, telling potential investors that it will be hard for the new real estate fund to beat the high returns of Blackstone Real Estate Partners VII, the people said.

The sources spoke on condition of anonymity because Blackstone’s conversations with its investors are private. Blackstone declined to comment.

Blackstone’s chief financial officer, Laurence Tosi, said on the company’s third-quarter earnings call on Oct. 16 that the firm would launch its eighth global real estate fund early next year. He did not disclose the fundraising target.

Blackstone President Tony James said on the same day he saw real estate investment opportunities in Europe and emerging markets, particularly Asia. He said Blackstone would continue to sell real estate assets in the United States, where rents are still on the rise.

Blackstone also has regional private equity funds in real estate. Its first Asian real estate fund is expected to complete fundraising soon at its cap of $5 billion. The firm’s fourth European real estate fund has been reopened to investors to allow it to raise another $2 billion, bringing it to about $8.8 billion.

Blackstone has also said it expects to raise another $4 billion by the end of 2014 for its “core-plus” real estate strategy that focuses on higher quality, safer assets.