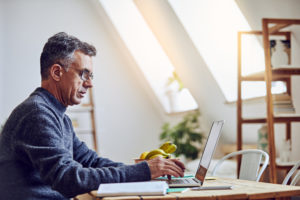 Hope your week has gone well. Curves seem to be flattening around the northeast even though many of us in New York and vicinity are locked down for at least another month.

Some potential good news on the health front today, Gilead Sciences’ antiviral medication remdesivir seems to be having an impact on patients with severe cases of covid-19, according to a report from Stat News (which I find myself reading all the time now). It’s still early in testing to make any definitive calls about the drug’s efficacy.

University of Chicago Medical Center recruited 125 people with Covid-19 into Gilead’s two Phase 3 clinical trials. Of those people, 113 had severe disease. All the patients have been treated with daily infusions of remdesivir.

“The best news is that most of our patients have already been discharged, which is great. We’ve only had two patients perish,” said Kathleen Mullane, the University of Chicago infectious disease specialist overseeing the remdesivir studies for the hospital. Read more here and get some Friday uplift.

A deal: It’s a cause for celebration these days, when an actual new deal takes place. This week we’ve had a few coming from TPG and Blackstone Group. Both transactions fall in the healthcare world, which makes sense in the middle of a pandemic, though TPG also completed a tech platform structured around remote communications as well.

This deal was structured such that TPG agreed to provide a full equity backstop, which means the sponsor agrees to underwrite the full purchase price with equity and is able to obtain financing down the line, Sarah wrote. Read more.

Also … many people within Blackstone Group came together to close a deal for Alnylam Pharmaceuticals, into which the firm agreed to invest up to $2 billion. The deal, led by Blackstone Life Sciences and the firm’s credit group GSO, included the royalty monetization of a medication called inclisiran, corporate debt, the purchase of Alnylam equity and funding for certain R&D activities, Sarah writes on PE Hub.

The deal also included a real estate component. Alnylam, an existing tenant of Blackstone Real Estate company BioMed Realty, is in discussions with BioMed to expand its footprint in Cambridge, Massachusetts, Sarah writes.

If you think about a business like this, “your cash flows are so far in the future, meaning it’s three, four, five, six years before these drugs get commercialized. What happens in one or two quarters is somewhat inconsequential to your overall return – certainly as it relates to this one drug called inclisiran,” Brad Marshall, a senior managing director with GSO, said.

“What’s really cool about this deal — we’re in such a tough environment and this company is saving lives,” the investor added. “It’s nice to be on the other side of that.”

Read it here on PE Hub.

Top Scoops
Deals are happening, and funds are getting raised. These are the rare examples of transactions and fundraisings, but it’s good to know private equity continues to creak along in the closed environment.

Clayton Dubilier & Rice has raised about $6 billion so far for its eleventh fund, which is moving through its marketing process as LPs close ranks and stick only with their most trusted relationships. CD&R falls in this category, sources said. “They are one of the names that has a better shot than others,” said an LP who is backing Fund XI. The impact a firm like CD&R could experience would be a longer fundraising period than initially anticipated, sources said.

“I think a lot of [LPs] are saying, ‘I want to be in your fund, I need more time,’” to make commitment decisions. Read the full story here on Buyouts.

Secondaries transactions have fallen into a hole, much like most regular M&A activity (see above for exceptions). Steve Lessar, co-head of secondaries and liquidity solutions for BlackRock Private Equity Partners, said a wave of secondary sales may kick off in early summer, once GPs mark their portfolios at March 31 net asset values.

Portfolios that would have traded a single-digit discounts pre-crisis likely would not transact now unless the discount is 25 percent or more, Lessar said in a write-up.

Lessar illustrated a GP deal we may see more of in the downturn: a PE manager that has a handful of companies left in a more mature fund with total NAV of around half a billion dollars. Half the companies need equity capital urgently—some to pay down debt and some to go on offense and consolidate smaller competitors. This presents opportunities to engage with managers such as this about preferred equity investments. In a situation like this where GPs want to move quickly—but they can’t easily tap credit markets for multiple portfolio companies, and they can’t go to their LPs because the fund is fully called—secondary capital can be an excellent and constructive solution.

That’s it! You can find me this weekend in the basement working the shortwave and feeding on freeze dried soup. Hit me up as always with tips n’ gossip, feedback or just to chat at cwitkowsky@buyoutsinsider.com, on Twitter or find me on LinkedIn.