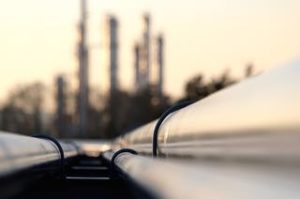 The Blackstone Group’s credit shop, GSO Capital Partners, is targeting $2.5 billion to $3 billion for its debut energy credit fund, according to two sources with knowledge of the fund.

The fund is officially in the market and private placement memorandums have been distributed.

GSO expects to hold a first close on the fund near the end of April, the sources said. “There is enough interest around the opportunity that they’ll have a decent first close,” said one of the sources, an LP who has heard the fund pitch.

The GSO fund will seek to provide “new money solutions” to oil and gas companies, including investing through debt, the LP said. An earlier Reuters report said the fund will buy traded debt of energy companies rather than lend to them directly.

The GSO fund is one of several that are in the market trying to take advantage of opportunities created by the crash in the price of oil.

Riverstone has been talking to LPs about raising up to $1 billion for an energy credit fund to invest in secondary paper like high-yield bonds, among other things. In addition, Apollo Global Management, Goldman Sachs, Angelo Gordon & Co and Avenue Capital all have funds in the market seeking capital to invest in energy credit.

The opportunity could be a quick one if oil prices recover, and some LPs are waiting to until distress is more apparent before they commit to the funds, industry sources have told Buyouts.

“Past experience has shown this could be a quick market for dislocation and short-lived,” Christian Kallen, a principal at Hamilton Lane, said in a recent interview.