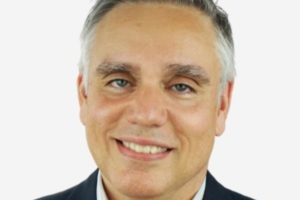 Blackstone Group’s HealthEdge Software is getting into the payment integrity business, snapping up The Burgess Group on its mission to automating the full transactional system for health plans.

“What makes Amazon awesome is the transaction process. It happens in a very seamless way. Healthcare, as everyone knows, is way more complicated, so much that [providers] can’t tell you the price of a service,” HealthEdge chief executive Steve Krupa told PE Hub in an interview. “Our long term goal: point-of-care transaction processing for health plans. We’ve built the infrastructure and the configurability within our system to be able to do that. That’s where we are headed, and that’s our goal.”

For HealthEdge, the acquisition comes about five months after Blackstone through its growth equity arm agreed to take a majority stake in the Burlington, Massachusetts-based company. The deal commanded an approximately $730 million valuation, with Blackstone’s equity check panning out to more than $600 million, sources said at the time.

Krupa and Blackstone declined to comment on financial terms of the Burgess deal; however, the companies produce approximately $200 million in combined recurring revenue, with a more than 20 percent top line growth rate, a source familiar with the company said.

TripleTree advised Blackstone and HealthEdge on the transaction, while Burgess turned to Seabrook Partners.

Burgess has long been a target of private equity and strategic buyers – namely, large national payors – but those other suitors and opportunities never propelled the entrepreneurial-run company to bite, sources told PE Hub.

Conversations between Burgess and HealthEdge were at first in the context of a strategic partnership, Krupa said. “When I met [founder and CEO Greg Burgess] I didn’t have the capital power of Blackstone, and so we weren’t really thinking about a [strategic acquisition]. Greg told me he had considered this and hadn’t really found a good partner.”

But with the capital infusion from Blackstone, conversations accelerated in April, May and June, the exec said.

“From really the first time we started talking, our visions were the same: Totally automating the transactional system for health plans,” Krupa said.

HealthEdge also brought to the table relationships with national payors that got Burgess excited, plus an existing customer base lending to a significant cross-selling opportunity, a source said.

Today, healthcare payors are still using very antiquated technology across a number of their pain points. HealthEdge, with the benefits of modern computing, has the configurability to change a health plan’s design and business model, allowing its customers to quickly respond to regulatory change, Krupa said.

For example, with the proliferation of Medicare Advantage, payors are increasingly looking to replace legacy systems with new technology, which cuts out the need for any third-party processing.

HealthEdge is primarily in the business of configuring a health plan and adjudicating the claims that come out of it: “That is, making sure the claim is correct, determining what’s covered by the insurer and member, and enabling plans to make that payment,” Krupa said. “But there are peripheral problems with that. One, payment integrity: has it been coded correctly? Is the bill that’s being presented the correct bill? How is it being priced?”

Ultimately, making sure that a given claim is sound involves a lot of work.

Companies that are based on transaction volume are getting hurt with elective procedures down amid the pandemic; however, HealthEdge, paid on a per-member, per-month software-as-a-service basis, has remained insulated, a source said.

HealthEdge will be selective when it comes to additional M&A, Krupa said: “The vision is not to grow to add businesses for the sake of adding businesses. The vision is [to build] a business that closes automation gaps [and creates] an end-to-end system.”