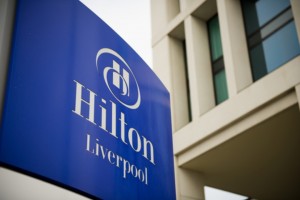 Hotel operator Hilton Worldwide Inc BLKSHW.UL raised $2.34 billion in its IPO on Wednesday, returning to the public markets some six years after Blackstone Group LP (BX.N) took it private in one of the largest deals of the leveraged buyout boom.

Hilton, whose brands include such high-end names as Conrad and Waldorf Astoria, priced its shares at $20, within the expected range, and gave the world’s largest hotel operator an equity value of $19.7 billion. The stock will begin trading on the New York Stock Exchange on Thursday under the ticker symbol “HLT.”

Blackstone took Hilton private in 2007 for $26.7 billion, including debt, at the height of the market. The financial crisis hit soon after, leaving the company facing a large debt pile due to the leveraged buyout and a recession that hit business. Blackstone refinanced about $13 billion of the hotel chain’s debt before launching the IPO.

It also plans to use the proceeds from the offering to repay $1.25 billion in debt.

“Blackstone must be wiping their brow knowing that the company had a label since they bought it at the top <of the market>,” said David Menlow, president of IPO research firm IPO Financial Network. “Even with the markets changing the way they have, it’s been a beneficial outcome for them.”

Blackstone has invested in total about $6.4 billion in Hilton, and the 76.2 percent stake its funds will hold after the IPO would be worth about $15 billion, meaning it is on course to make more than 2.3 times its money. This means that Hilton ranks as one of the most successful private equity deals of its size.

Hilton had initially offered 112.8 million shares at an expected range of $18 to $21. But a source familiar with the IPO said the float was oversubscribed by around 10 times, meaning investor demand far outstripped supply.

Hilton, which was founded in 1919 by Conrad Hilton, operates in 90 countries, has more than 4,000 hotels and 670,000 rooms under its umbrella. The company itself owns or leases 157 hotels, including the Waldorf Astoria in New York and the Hilton Hawaiian Village.

Hilton’s IPO comes as the U.S. hotel industry has been recovering along with the economy, with room rates and occupancy levels expected to increase in 2014, according to PricewaterhouseCoopers. The Dow Jones U.S. Hotels index has risen nearly 30 percent so far this year. It also comes amid a surging IPO market, spurred by a market rally and low interest rates.