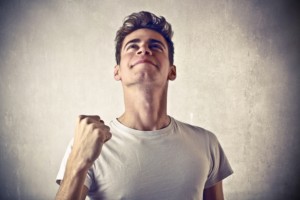 The Blackstone Group’s private equity secondaries group, Strategic Partners, is set to close its first fund under the Blackstone banner on about $4.4 billion, according to two people with knowledge of the fundraising.

It is not clear exactly when the fund will close, but will be “very soon,” according to one of the sources, an LP who received a recent letter from Blackstone about the fundraising.

Peter Rose, a spokesman for Blackstone, declined to comment.

[contextly_sidebar id=”rltUFWy8NrzNcBoy6mYVmcLC0X9gAleR”]At $4.4 billion, the fund would be over its hard cap, according to a Portfolio Advisors investment memo prepared for the Pennsylvania Public School Employees’ Retirement System in March. Strategic Partners Fund VI LP has been targeting $3.5 billion with a $4 billion hard cap, according to the memo.

It is not clear if the firm raised the cap on Fund VI, or if the $4.4 billion total reflects a GP commitment. Portfolio Advisors said Blackstone, its affiliates and employee investment programs would kick in the lesser of 2 percent of aggregate commitments or $60 million.

The fund expects to make investments ranging from $100,000 for a single fund holding to $500 million or more for a portfolio of funds.Strategic Partners targets investments in mature fund commitments that are fully or nearly fully funded (as opposed to early LP commitments that have mostly not been called by the GP, a different type of secondaries strategy).

“This strategy allows the GP to analyze underlying portfolio companies that have had time to mature, and provides better visibility on a portfolio’s “impact” positions,” the investment memo said.

Strategic Partners, led by Stephen Can and Verdun Perry, has an impressive track record. Fund V, a $2.9 billion 2011 vintage pool, was generating a net 1.4x multiple and a 47 percent net internal rate of return, according to performance numbers from the Pennsylvania Public School Employees’ Retirement Board.

Fund IV, a 2008 vintage vehicle, was generating a 1.5x multiple and a 15.1 percent net IRR, according to the investment memo.

The group hired Mark Burton in July to head the firm’s real estate focus, according to a press release from Blackstone at the time.

Strategic Partners brings its fresh capital into a frenetic secondaries market. Secondaries specialist Landmark Partners has raised about $3.2 billion for its fifteenth pool and is approaching its final close.