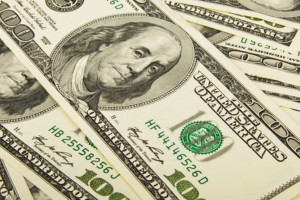 The Blackstone Group’s secondaries group, Strategic Partners, expects to hold a first close on its first fund under the Blackstone banner next month on at least $500 million, according to a limited partner with knowledge of the offering.

Strategic Partners, led by Stephen Can, spun out of Credit Suisse last year. The firm quickly launched its fund – the team’s sixth investment vehicle – targeting $3.5 billion to $4 billion, according to a marketing document seen by peHUB and two sources with knowledge of the process.

When Blackstone acquired Strategic Partners, the group had $10 billion of assets under management. The team, while still part of Credit Suisse, closed its fifth fund on about $2.9 billion last year, though it had already been investing the fund prior to the close.

Strategic Partners is in the market at a time when several secondaries behemoths are also competing for LP capital. Lexington Partners is reportedly targeting $8 billion for its eighth fund, Ardian (the former AXA Private Equity) is reportedly trying to raise $7 billion between two secondaries funds and Deutsche Bank is in the market with a $1 billion secondary vehicle.

Capital raised will go into a secondary market that has been on fire. For three years in a row, the market has experienced record levels of deal activity. Estimated deal volume in 2011 and 2012 was around $25 billion, while last year estimates pegged deal activity at $27 billion or more.

And volume will likely increase, barring some sort of significant market correction. Financial institutions in the U.S., which flocked to the market in 2010 when the Dodd-Frank financial reform became law, have not been significant sellers for more than a year, according to Cogent Partners 2014 secondaries report. Banks took a “wait and see” approach until final implementation plans were issued.

Dodd-Frank, under the so-called Volcker Rule, lays down restrictions on how much private equity financial institutions can hold at 3 percent of Tier 1 capital, and limits those institutions to owning no more than 3 percent of any fund.

The federal government set the deadline for compliance with Volcker for July 2015, and with that deadline set, the expectation is banks will come back to market to sell down their private equity holdings to get into compliance with the law, according to Cogent.

“We project compliance-driven secondary sales will resume now that financial institutions have clarity regarding the ultimate guidelines,” Cogent said.