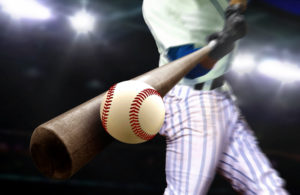 Industrial-tech gains momentum: With an aim to capitalize on the growing use of technology in the industrial sector, Blue Point Capital Partners closed on aftermarket car parts maker Transtar Industries late last month.

Transtar, sold by private equity firm Friedman Fleischer & Lowe, generated $450 million in revenue last year, according to Blue Point. The automotive parts distributor was hoping to fetch a valuation as high as $1 billion, including debt, reported Reuters before the deal was announced.

“Most distribution businesses recognize this [industrial-tech] as an opportunity but don’t realize how to capitalize on it,” said Chip Chaikin, partner at the firm. “This company has had growth in that space,” he added.

Check out what else Blue Point had to say on PE Hub.

Here for the win: Arctos Sports Partners, a private equity firm dedicated to investing in sports franchises, has bulked up its team with the addition of a renowned face. Theo Epstein, a former Red Sox and Cubs executive, will advise owners of the teams across Arctos investments.

Epstein, who promised a return to the playing arena but as a owner, joins the firm just two months after his resignation.

Founded in 2019, PE Hub first reported on Arctos Sports last year when a source disclosed the firm’s initial goal of raising over $1.5 billion for its debut fund.

Demand for diversity results: The private equity industry is marred with issues of diversity and inclusion and that’s no surprise. They are clear, stark, and widely understood in the field.

But what is now emerging is the need for action beyond corporate slogans and for clear and accurate measurement of what kind of progress PE firms are making – and a realization that things cannot go on as they have before.

This change is led by LPs who are pressuring GPs, writes Justin Mitchell in the February Buyouts cover.

“It is dominated, I will admit, by people who look like me – pale, male and stale,” says Chris Ailman, chief investment officer of California State Teachers’ Retirement System, second-largest pension in the nation, with $29 billion of that in private equity.

According to a 2019 study from the Knight Foundation and Bella Research, private equity firms owned by women or minorities made up about 9 percent of the funds created between 2006 and 2017 and less than 8 percent of assets under management. Women-owned firms accounted for 3.4 percent and minority-owned firms and 3.8 percent of total AUM.

That’s it for today’s rundown. As always, write to me at karishma.v@peimedia.com with any tips, feedback or just to say hello. Have a great week!