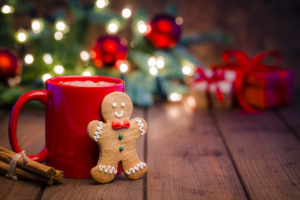 We’ve made it to the last day before we all break. Still seems to be fairly busy out there. This will be our last Wire of 2019. We’ll return on Friday, Jan. 3. I’ll be doing my best not to think of work, but if you hear something big, you know you can reach me anytime at cwitkowsky@buyoutsinsider.com or hit me up on LinkedIn. Or, use the anonymous tip jar on PE Hub. You can find the link at the very top of the page.

Resign: David Calhoun, who has worked as a senior managing director and head of portfolio operations at Blackstone since 2014, will resign from the firm after being named CEO of Boeing, a person with knowledge of the firm told me.

It’s not clear who will move into Calhoun’s role once he leaves. He officially starts as Boeing CEO in mid-January.

Calhoun was named Boeing’s board chairman in October as the company dealt with a spiraling crisis involving its 737 MAX jets. The planes were grounded in March after two crashes in Indonesia and Ethiopia killing 346 people and this month the company decided to suspend production of the jets.

At Blackstone, Calhoun was involved in discussions about the creation of a new life sciences investing program, according to the New York Times. His role at the firm was to oversee portfolio operations focusing on creating value initiatives within portfolio companies CEOs, Blackstone’s website said.

The departures, two of which will occur by year’s end, would have forced the third Capital Solutions fund to stop investing due to an investor protection in the fund called a key-person provision. Blackstone’s talks with investors were meant to avoid an actual tripping of the provision, I wrote in past articles.

Those talks, as Buyouts readers know from our past reporting (well before the FT article), led to concessions for investors in Cap Solutions Fund III, including discounts of management fees and carried interest. Talks also led to the naming of a new key-executive group on Fund III. Read my past article here about the changes.

The FT article quotes Dwight Scott, GSO’s president, on the concessions: “We were asking our investors to do something that is different from what we asked when they made the initial investment. It never crossed my mind that there wouldn’t be something that we would do to reflect that change.”

GSO’s situation was one of the more high profile key executive issues to crop up in recent years. Generally firms avoid these key-person triggers, but they are invaluable to limited partners to make sure the talent investors backed when they committed to a fund remains through the fund’s life.

Rubicon Technology Partners, formed by execs from Blackstone and Court Square, is back in market with its third fund focusing on software-related businesses. Rubicon closed its debut fund on $305 million in 2014. Check it out here.

That’s it! Have a great holiday! Hit me up as always with tips n’ gossip, feedback or just to chat at cwitkowsky@buyoutsinsider.com, on Twitter or find me on LinkedIn.