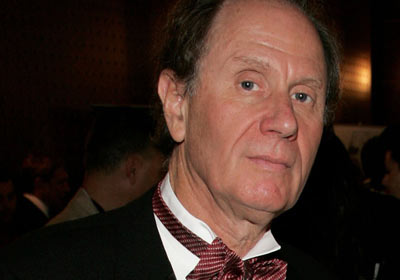 A leveraged buyout deal of $10 billion to $15 billion in size would be possible right now as financing is back to being available on attractive terms, David Bonderman, the co-founder of TPG Capital [TPG.UL] said.

Private equity deal sizes have been increasing since the credit crisis cut off access to cheap debt; but deal size has returned to typically the $3 billion to $5 billion range – far lower than the double digit billion figures hit in 2006 and 2007.

“Larger deals are back,” said Bonderman, one of the final speakers on the third day of the SuperReturn private equity conference in Berlin. “It is absolutely possible to do a $10-$15 billion deal now. It might not be the one you want to do, it might not be what you should do, but the capital is available.”

TPG was part of a consortium which struck the largest leveraged buyout – the buyout of power company TXU, now called Energy Future Holdings Corp, in 2007, which was $44 billion including debt.

Bonderman said while there isn’t as much “volume in the halcyon days of days of 2006-7” financing is “in fact available on attractive terms”.

Public-to-private deals will increase slightly, Bonderman said, although he stressed that they are “not the meat and potatoes of this industry — divestitures and mid-sized companies are”.

The so-called ‘wall of debt’, referring to maturing debt on boom-time deals, which firms were expected to run up against, “is turning out to be of course no wall of debt at all”, Bonderman said.

Companies have successfully extended maturities from 2012 to a few years further out, he said.

Private equity returns are also “making a comeback”, Bonderman said, and investors are not decreasing their allocations to private equity as an asset class.

The presentation finished with a video of a man balancing bricks on his head and walking over an unsteady bridge to illustrate the difference between emerging and mature markets.

Emerging market deal volume is also expected to increase, he said, although he warned that China, where investors have been flocking, “may even be on the verge of a bubble”.

Despite the clamour among firms to invest in emerging markets, Bonderman still sees room for more investment. “If you look at where have the dollars gone, there is a long way to go for private equity in emerging markets; there’s plenty of room to grow,” he said. (Editing by Jon Loades-Carter)