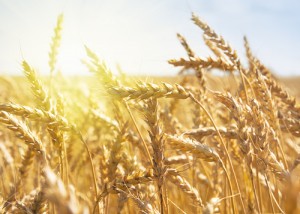 In the land of private equity, firms often step on one another when looking for deals. But Bonnefield Financial has managed to find a fertile patch of soil where few others have trodden.

The Toronto-based firm, founded in 2009 by buyout pro Tom Eisenhauer, specializes in investing in farmland. Utilizing a broad network of farmers, agricultural realtors and financial advisors, Bonnefield procures and invests in grain, oilseed and other row-crop properties located across Canada. This occurs primarily through land-lease financings made available to growth-oriented owners and operators.

Bonnefield is currently investing its second partnership, Bonnefield Canadian Farmland LP II, which closed at $22.5 million in February. Like any other PE shop, Bonnefield’s main objective is risk-adjusted performance and healthy distributions channeled back to limited partners. But a corollary aim, Eisenhauer told peHUB Canada in an interview, is to help “preserve Canadian farmland for farming.”

Bonnefield mostly partners with young Canadian farmers. These are “financially sophisticated, tech-savvy farmers” who are looking to “go big” by increasing the scale, efficiency and productivity of operations, Eisenhauer said. Many are starting out with relatively small plots of cropland (the average Bonnefield investment is approximately 1,000 acres). In other cases, the farmers are taking over acreage from older generations now wishing to retire, or are parties in farmer-to-farmer asset transfers. 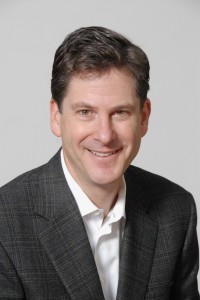 In all cases, risk capital is needed. While Eisenhauer believes Canadian agriculture is blessed by “great natural wealth” – including a favourable climate, vast tracts of arable land, abundant fresh water and well-developed infrastructure – it also suffers from disinvestment. Bonnefield fills an important gap for a capital-hungry sector “burdened by debt and overly reliant on sweat equity to finance operations,” he said.

Along with funding, Bonnefield also adds value in a variety of  ways. For example, Eisenhauer and his team of eight professionals work with owners-operators to monitor multi-year agrology, crop rotation and fertilizer plans. Bonnefield also helps identify opportunities for improving the physical maintenance and layout of farmlands, and find new income opportunities such as wind rights, water rights and crop-sharing.

Bonnefield’s investment thesis is based on some compelling long-run trends in global food consumption. With rising population and living standards, demand for agricultural produce is booming. Coupled with this is increasing demand for new energy sources, such as biofuels. And yet, reports the United Nations, the international supply of arable land is restricted due to challenges created by urbanization, degradation and environmental stress.

These macro factors are applying upward pressure on farmland values – a fact not lost on institutional investors, many of which view the asset as a new source of returns and portfolio diversification. The Organization for Economic Co-operation and Development estimates institutional capital committed to farmland investments is in the billions and likely to double or triple in the near future.

Institutional leaders in the field include Canadian pension funds such as British Columbia Investment Management Corp. (BCIMC), the Caisse de dépôt et placement du Québec and Canada Pension Plan Investment Board. BCIMC and the Caisse were, for example, backers of the 2012 launch of TIAA-CREF Global Agriculture LLC, a US$2 billion partnership which invests in farmland in major grain-exporting countries like the United States, Australia and Brazil.

Seen from this perspective, Bonnefield might be riding the crest of a new wave. If so, the firm presently has few competitors in Canada. There are also few investors on the international scene, according to industry tracker Callan Associates. Some of the major global firms include Hancock Agricultural Investment Group and Macquarie Agricultural Funds Management.

Still, agriculture can be lucrative. Based on income through rents and capital appreciation, Bonnefield Canadian Farmland LP I delivered a net 20.24 percent return to investors (inclusive of cash distributions) in 2012, and a net cumulative return since inception of 37.06 percent, according to Bonnefield.

This performance, Eisenhauer said, owes in part to high agricultural commodity prices and good domestic crop yields in the past several years. He nonetheless believes Canada will continue to offer attractive opportunities over the long term: “You can’t find a better risk-return scenario than investing in Canadian farmland.”

Eisenhauer said the firm is already halfway through deployments of its second partnership, which observes the same investment strategy as the first. Fund I invested in approximately 15,000 acres of cropland in Alberta, Saskatchewan, Manitoba and Ontario.

Prior to Bonnefield, Eisenhauer was managing partner of Latitude Partners, a technology-focused buyout firm he co-founded in 1999. He previously worked as managing director of TD Securities and Lancaster Financial. The firm’s vice-presidents are Jan Kaminski and Steve Kaminski, who are also executives with private equity firm Colonnade Investments.