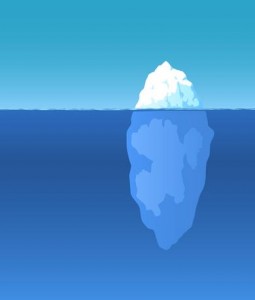 The conveyor belt bringing fresh cash to needy companies has finally stopped. Restructuring professionals long exasperated by historically low defaults and super liquidity levels were waiting for a catalyst like Enron, Long-Term Capital or the Russian debt default to turn the tide. This time it appears to be wide exposure to sub-prime loans.

While the mortgage meltdown started slowly enough, deep exposure by most banks has effectively snapped credit markets and frozen lending. That freeze will probably bring about the day of reckoning for companies across sectors that have leveraged up to fund operations and acquisitions.

The default rate stood near a 25-year low in January at 1.09% but S&P is predicting that the rate will spike up to 4.6% in the next 12 months. Edward Altman, professor of finance at New York University’s Stern School of Business, is predicting the same rate.

It’s a bold prediction that would require 75 defaults in the US this year (compared with a paltry 16 last year), particularly as there are only 79 companies on S&P’s US list of “weakest links” or speculative-grade companies with deeply constrained liquidity.

“We are on the first leg,” Vazza said. There were five defaults in the US in January, representing the highest tally in 28 months.

Altman is forecasting a default rate of 4.6% this year and 5% next year, suggesting about US$115bn in high-yield bonds will be in default. That number swells depending on the severity of the expected recession. S&P has put the risk of recession at 70% and Vazza estimated that the US speculative-grade default rate could spike as high as 5.7% under a pessimistic scenario.

The top three sectors likely to lead the default surge this year rely on consumer discretionary spending: consumer products, retail/restaurants, and media and entertainment. “Consumers are feeling less wealthy and it’s being reflected in their behaviour,” Vazza said.

For restructuring shops there has already been a significant build-up of business for companies facing receivership and repossession claims related to mortgage lending and homebuilding. Many of the workouts for CLOs and CDOs that typically would not fare well under a bankruptcy regime have moved along quickly and quietly.

For example, Credit-Based Asset Servicing and Securitization, a joint partnership between mortgage insurers MGIC Investment and Radian Group to invest in sub-prime mortgages, was restructured out of court.

Workouts for the Bear Stearns mortgage hedge funds have also allowed restructuring shops to exercise their chops in preparation for a surge in activity. While homebuilder Tousa has filed for bankruptcy protection, many more homebuilders are in trouble, and where they were once reluctant to seek help many have begun to engage top restructuring firms.

“Homebuilders are flat on their backs,” said one adviser who literally received a distress call from a homebuilder in the middle of the night. “The worst is still ahead.”

The trouble that started with the homebuilders, however, is moving up the food chain and constrained disposable income is now forcing consumers to cut back spending on everything from cars, which will potentially put autopart suppliers under the gun again, to speciality gadgets like the wares sold at Sharper Image. That company, with only US$250m in assets, filed for bankruptcy protection last week citing liquidity pressures.

“These are the most fragile companies and a recession will present a double whammy of being overlevered and having a tough time meeting obligations in the face of an erosion in consumer spending,” said Vazza.

While hedge funds have been quick to pump in liquidity during the past few years, many are now as constrained by losses in the sub-prime area as their banking counterparts, said another investment banker who has not noticed funds stepping in so far.

There was less than US$1bn in high-yield issuance in January with an average yield at 11% compared with 7.8% a year ago, meaning deals are more difficult and investors are demanding higher compensation.

As the market gears up for the next wave of restructurings, investors and companies will have to accept that the workout values of the past three years were an aberration. When defaults are low, recoveries tend to be high. That was borne out in this latest cycle as troubled airlines easily financed superior recoveries for unsecured creditors.

“In the last cycle investors have been spoiled by artificially high recoveries above 66%,” said one restructuring professional. Cheap liquidity allowed companies to load up on fresh debt as they exited bankruptcy protection, but that cycle is over.

Delphi, whose unsecured creditors once expected a 100%-plus recovery, and Solutia, whose bondholders are still expecting a recovery between 95% and 100%, illustrate the shift. Both companies are struggling to secure exit financing.

“The company and its advisers tried to jam the Solutia deal out the door when it was clear the tide had turned,” said one investment banker. Solutia based its exit from bankruptcy on a US$2bn financing package it negotiated in October. By January, Citi, the lead lender, was making plans to back out of the financing agreement using a material adverse change clause.

“Solutia went to market with old thinking. US$2bn would have allowed them to breeze past creditors without making hard concessions, but a more realistic package was probably closer to US$1.2bn,” the banker said.

These were the last of the generous deals and the maths on recoveries from here on gets a lot more complicated.