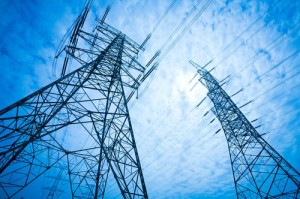 Midland Cogeneration Venture, a portfolio company of Borealis Infrastructure, has named Pete Milojevic as its new president and CEO. He will be replacing Roger Kelley. Prior to joining MCV, Milojevic served as senior vice president at Canada-based Bruce Power LP. Based in Midland, Michigan, MCV is a natural gas-fired cogeneration plant. Borealis is a Toronto-based investment firm affiliated with the Ontario Municipal Employees Retirement System. Update: Last month, the Global Strategic Investment Alliance acquired a one-third stake in MCV for over US$2 billion.

MIDLAND, Mich., Aug. 9, 2013 /PRNewswire/ — Borealis Infrastructure is pleased to announce the appointment of Pete Milojevic as the new President and CEO of Midland Cogeneration Venture (MCV). Pete replaces Roger Kelley as part of the recent acquisition of the MCV asset by Borealis.

Pete has over thirty-one years of leadership, management and engineering experience largely in the power generation business. Previous to this appointment, Pete was Senior Vice President with Bruce Power LP, a private sector company in Canada that operates the largest commercial nuclear power site in the world. He had the overall responsibility for the Bruce B business which is comprised of a four unit 3,400MW (electric) nuclear generating station. Previously, Pete has held many senior leadership positions in the commercial nuclear power industry, including three years with the Institute of Nuclear Power Operations (INPO) in the United States, where as a team manager, he was responsible for evaluating performance of commercial nuclear power plants in the United States.

A professional engineer with a degree in Mechanical Engineering from the University of Toronto, Pete also served in the military as an engineering officer onboard several Canadian warships, including deployments with NATO in the late 1980’s.

With his experience, and working with the entire MCV team, Borealis looks forward to MCV continuing to achieve strong commercial and operational performance and in parallel, working to implement a plant expansion at the MCV site under a long term power purchase agreement that will provide essential energy capacity to the State of Michigan and surrounding jurisdictions.

About MCV
MCV, based in Midland Michigan, is the largest natural gas fired, combined cycle cogeneration plant in the United States with a nominal capacity of 1,633 MW of electricity and 1,500 kp/hr of steam. It was acquired by Borealis Infrastructure in December 2012.