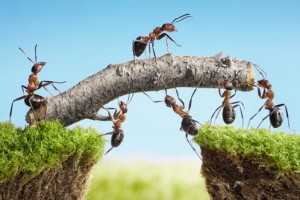 Lower-rated borrowers are seizing the opportunity to amend and extend their debt facilities while lenders are willing to accept them, sister magazine Buyouts reports. In recent weeks, a handful of such sponsored deals have hit the market, and more are said to be in the pipeline.

Lenders are receptive because of a dearth of new-money dealflow and an easing of sovereign debt issues in Europe, market watchers say. But uncertainty remains high, and the credit window could slam shut again in the face of negative news.

Caesars Entertainment won lender approval in February to extend the maturities on $2.7 billion in credit facilities, pushing them out to 2018 from 2015, according to sister service Thomson Reuters LPC, which tracks the loan market.

Caesars, which is backed by Apollo Global Management LLC, Carlyle Group LLC, HarbourVest Partners LLC, Ridgemont Equity Partners and TPG Capital LP, did have to sweeten terms on the deal, sources told LPC, widening its spread to 525 basis points over Libor from an initially proposed 450-475bp.

SunGard Data Systems Inc. got an extension on its $2.5 billion term loan B in conjunction with an amendment with lenders to allow for the potential spin-off of its Availability Services unit, which accounts for more than 20 percent of its revenue.

Blackstone Group formed Catalent in 2007, in conjunction with the spinout of Cardinal Health’s contract manufacturing business. The company won credit approval to amend and extend its existing U.S. dollar- and euro-denominated loans to Sept 15, 2016, LPC said. The company has $2 billion in senior secured credit with shorter maturities than that, the company said in a regulatory filing last September. S&P affirmed the debt’s rating at ‘BB-‘.

Another amends and extends dealmaker is the facilities operator ARAMARK Corp., which is backed by JP Morgan Partners, Goldman Sachs, Thomas H. Lee Partners and Warburg Pincus. ARAMARK was able to bump $1 billion of its scheduled $2 billion of 2014-maturity debt out to 2016.

Moody’s Investors Service said the action would not affect the company’s B1 rating, terming the move in fact a “credit positive because the plan will ease refinancing risk.” ARAMARK, however, did agree to bump up the spread 137.5bp over that on its existing non-extended loan, LPC reported.

The flurry of amends and extends could be a reflection of slow dealflow elsewhere, Colin P. Cross, a senior managing director at Crystal Financial, a specialty finance company in Boston, told Buyouts. “If you have 10 deals on your desk, you can pick and choose,” he said. “If you have three …”

Borrowers also are acting opportunistically after a 2011 when credit markets were buffeted by the European sovereign debt crisis, Cross added. “Markets are getting frothy again, but we think volatility is going to persist,” he said. “When some of these businesses need to do that amend and extend, they need to find the right window.”

More amends and extends may be in the works. The existing term loan B of Claire’s Stores jumped 2.5 points in the secondary market on the day the Apollo-backed company said it would tap the high-yield bond market for $400 million and pay down current debt, LPC reported. The new senior secured notes will be due in 2019.

The logistics services provider IAP Worldwide Services Inc., owned by Cerberus Capital Management LP, received a two-notch downgrade, to ‘CCC+’, from S&P, which also placed its ratings on CreditWatch with negative implications. “The rating actions reflect our view that risk for a default or selective default has increased because IAP has not yet refinanced its credit facilities,” said Standard & Poor’s credit analyst Dan Picciotto. Total debt outstanding on Sept. 30, 2007, was about $541 million, LPC reported.

Correction: Specialty finance company Crystal Financial is based in Boston. A version of this story posted on Feb. 24 misstated its headquarters.