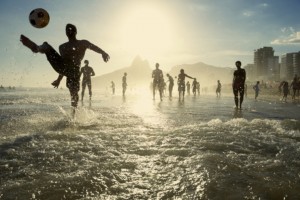 NEO Investimentos, a Brazilian-based GP, is raising its third fund and targeting international limited partners for the first time, according to two people with knowledge of the process, as well as regulatory documents.

NEO Capital III, targeting a total of $300 million, has a dual structure: one $150 million vehicle for Brazilian investors, and another $150 million international vehicle.
MVision is working as placement agent on the fundraising.

The Brazilian part of the fund has raised capital mostly from wealthy families in the country, but has also included “significant institutions” in Brazil, including pensions, the two sources said.

It’s not clear which pensions have committed, but according to one of the sources, an LP who invests in Latin American funds, the pensions were not offered seats on the fund investment committee. This is significant because Brazilian pensions have traditionally demanded investment committee seats as part of their commitments. Their requirement for an active role in investment decisions has essentially kept Brazilian pensions from getting access to international private equity funds as most developed market GPs don’t want to turn over investment control to LPs, who as passive partners don’t want that type of control.

“No one has managed to get foreign LPs to agree to be in the same fund with local LPs with investment committee” seats, according to the limited partner who has looked at the NEO fund.

Fund III will invest in goods and services in six to eight Brazilian mid-market high growth companies through convertible debt investments of between $30 million to $70 million, the OPIC documents said. The fund will invest through convertible bonds with warrants. Upon conversion of the debt, NEO will seek “significant minority stakes” in portfolio companies, the documents said.

“This differentiated structured equity strategy is rare in Brazil and is designed to give NEO an advantage with entrepreneurs and family –owned mid market companies,” OPIC said in the documents.

NEO was formed in 2003 and has offices in Sao Paulo and Rio de Janeiro, according to the firm’s website.

NEO Investimentos represents one of the smaller shops looking for money in Brazil this year. The fundraising market in the country has become very active with several large firms raising capital or planning to hit the market, including Advent International, The Carlyle Group, Patria Investimentos, Gavea Investimentos, BTG Pactual and Vinci Partners. PeHUB reported earlier Patria had closed its fifth private equity fund on $1.8 billion.