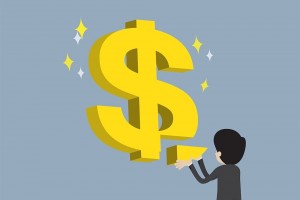 Brazos expects to make nearly 3x its money with the sale of Vision Source, a source familiar with the deal said. On Thursday, Essilor of America Inc, a subsidiary of Essilor International, agreed to buy Vision Source. Financial terms weren’t announced.

The deal dates back to 2011 when Brazos made a “significant” investment in the company. Kingwood, Texas-based Vision Source is a member alliance that provides a platform of products and services to independent optometrists. Smile Source, a network of private practice dentists that is a Vision Source affiliate, is not part of the sale and is staying with Brazos.

Vision Source completed a dividend recap in September. Brazos, through this transaction, realized a portion of its investment, the source said.

With the sale to Essilor, Brazos will nearly triple its investment, the person said.

The sale of Healthcare Solutions generated for Brazos a return close to 3.5x its investment, the source said.

Two firms created
News of the transactions comes as Brazos is winding down. The Dallas buyout shop will not be raising a new fund and is managing out its existing portfolio, as reported in March 2014. Michael Salim, a Brazos partner, general counsel and chief operating officer, said that executives were “in different places in terms of their families, their business careers, and they want different things.”

Brazos wants to wind up its deployment cycle as a “model for how people to do this,” Salim said at the time.

Not including Vision Source, Brazos has six portfolio companies remaining. Brazos has since split into two firms. Randall Fojtasek, Brazos co-founder and co-chief executive, has formed CenterOak Partners. Fojtasek is leading CenterOak along with Salim and Brazos MDs Lucas Cutler and Jason Sutherland

Jeff Fronterhouse, another Brazos co-founder, along with F. Barron Fletcher, launched Riata Capital Group earlier this year. Nine people from Brazos moved over to Riata. Fletcher is the founder of Parallel Investment Partners

Patrick McGee is the remaining Brazo’s co-founder who has yet to announce his plans. Calls to McGee were not returned.