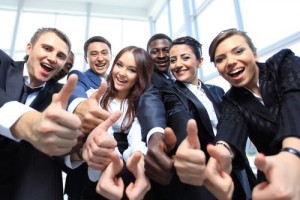 Private equity candidates looking to stay at their firms — and not return to business school — should be high performers, executives speaking at the Buyouts Chicago conference said.

PE firms typically hire new associates with the expectation they will leave in two years and get their MBA. Some firms allow associates to extend their stay to three years while some, like GTCR, are doing away with the business school requirement. These firms are allowing a few gifted, young executives to advance without an MBA.

Junior execs who succeed without business school are typically high performers that are “playing ahead of their responsibilities,” said Ted Kramer, president of Hammond Kennedy Whitney & Co Inc, a middle market firm in Indianapolis. This would include “associates acting like VPs, or analysts acting like associates,” Kramer said during the panel, “Six Strategies for Recruiting Top Junior Talent.”

PE candidates that want to stay on with their firms should “make it known that they don’t want to leave, that [they] are seriously reconsidering going back to business school,” Kramer said.

The high performing associates should make sure they continue to perform the job they were hired to do, said Rick Wandoff, a Blue Sea Capital partner. “Yes, we want you to increase your responsibility but make sure you don’t slack in your day job,” he said.

“I’m a personal example of someone who didn’t go back to B-school,” said Rhodes, who is now a principal at Great Point, a healthcare-focused firm in Greenwich, Connecticut. He said he “very intentionally” sought a PE firm that had an “open runway policy.” He wanted a firm “where if I could prove my ability to grow, then I could keep going in perpetuity to the partner level.”

Last month, hundreds of GPs and LPs descended on the Palmer House Hotel for the yearly Buyouts Chicago conference. Here, the executives gathered to discuss topics such as the glut of fundraising, the state of private equity-backed M&A (or lack of it) and the pressures of recruiting.

The hiring of associates/analyst has become “very accelerated,’ executives on the recruiting panel said. Investment banks are hiring college students in between their sophomore and junior years for the analyst program. This has pushed private equity firms to recruit analysts that have been in their investment banking positions just three to four months, said Rhodes.

Blue Sea Capital, a lower middle market firm based in West Palm Beach, Florida, is in the middle of hiring associates for the summer of 2016, Wandoff said. “That’s fourteen months out,” he said. “Many of these young professionals haven’t completed their first year.”

The New York Times, in February, reported that large buyout shops such as Apollo Global Management, the Blackstone Group and the Carlyle Group are “madly courting” junior investment bankers for PE jobs that won’t start until the summer of 2016. Private equity associates, just three years out of college, can earn as much as $300,000 a year including salary and bonus, the NYT said.

Getting that job isn’t easy. Private equity firms often have just one or two spots open each year, if any. Executives cautioned against harassing firm officials with calls and email. It was also “ineffective” to get a resume from a candidate that was copied to everyone in the firm, the panel said.

Another tip? Don’t send resumes to the most senior person in the firm. This executive is likely so busy they’ll just pass it on to someone else. Instead, they recommend searching the firm biographies and finding some sort of connection with an executive, like a common school. Send your resume to them, the panel said.

“People who chase us politely get noticed,” Rhodes said.

Are you looking for a private equity job?

The secrets to a successful career in private equity

To MBA or not MBA? That is the question

How to build a career in private equity investor relations

College seniors, take heart! There are jobs to be had at PE portfolio companies

Humor: ‘I have a meeting in Westchester’ and other essential code words for PE newbies

10 tips to keep your private equity career on track

Degree in humanities is great foundation for PE career — Rubenstein