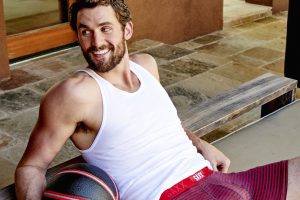 The newly launched process is still in its early phases and the sellers have yet to receive bids. SAXX is likely to receive interest from financial sponsors as well as from strategic buyers, sources said.

Financo has been engaged to provide sell-side advice, they added.

Vancouver-based SAXX was founded in 2006 by Trent Kitsch, who took out a $20,000 loan to start the company. In 2010, it was acquired by apparel maker No Limits Group, which at the time owned two other business lines.

At the time, the company was looking for a partner to help SAXX balance its US and Canadian operations, as well as enhance its digital presence, a source said.

What started as a supportive men’s briefs business has since expanded its offerings to include swimwear, sleepwear, T-shirts and other retail segments focused on male shoppers. “It’s a vertical brand focused only on organic growth,” a source said.

The company nearly doubled EBITDA under Brentwood’s hold and is projected to generate over $20 million in EBITDA this year. This figure was south of $10 million in 2017, a source said.

“The revenue last year was $87 million or $97 million depending on how you treat the covid impact,” said the source, referring to reported revenue and estimated sales when accounting for covid-related losses.

Much like other retail sellers, Brentwood will ask potential bidders to consider the impact of the wholesale shut down on the industry, the source said.

One source speculated the company could command a multiple of EBITDA as high as 15x, though it’s still early in the process.

The source pointed to the future growth potential in international markets and in different retail categories such as sleepwear, which still need to be fully developed.

In the last four years, the brief and boxer brand grew revenue at a CAGR of over 20 percent and sustained earnings growth of 30 percent, the source added.