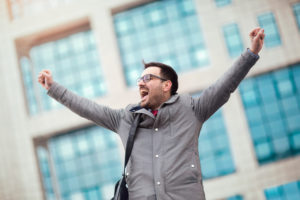 PEI Media, known for its publications that report on the private equity industry, is changing PE owners.

PEI, London, publishes titles including Private Equity International, Private Debt Investor and Secondaries Investor. It competes with Buyouts Insider with its coverage of the PE industry.

LDC, a U.K. middle-market firm that acquired a minority stake in 2015, is one of the sellers along with PEI founders and management.

PEI targets the alternative-asset subscription market, which BDC values at more than 200 million pounds annually, not including events. It’s expected to grow 10 to 15 percent each year, the buyout shop said.

The potential for high-level conference events is even bigger, BDC said. “The market opportunity for PEI is therefore very significant,” BDC said.

Nearly three years ago, LDC invested less than 25 million pounds in PEI for a minority stake. PEI’s revenue since then has grown 78 percent to 32 million pounds at the end of 2017, LDC said.

The sale of PEI to Bridgepoint generated a 3.5x return and an IRR of 70 percent for LDC.

PEI’s sale is the latest for a financial publisher. Last week, Warburg Pincus agreed to acquire a controlling stake in Reorg Research. The deal valued Reorg, which provides bankruptcy analysis and deal intelligence, at between $375 million to $400 million, the Financial Times said.

Fitch Group in May agreed to buy Fulcrum Financial Data. Last year, BC Partners sold a minority of Acuris, publisher of Mergermarket and Debtwire, to GIC. That transaction valued Acuris at $1.3 billion, Reuters reported.

The most notable, and biggest, transaction was this year when Blackstone Group agreed to buy a majority of Thomson Reuters Financial & Risk. The deal was valued at $20 billion.

All the M&A activity comes as PE firms are sitting on a record $1 trillion of dry powder, according to Institutional Investor. The money is driving up Ebitda pricing multiples for U.S. and European buyouts as PE firms try to put money to work, CEPRES said.

“[There’s] just a lot of deal activity everywhere,” said Reed Phillips, managing partner of Oakland DeSilva + Phillips and a noted media banker. “The market continues to be very strong and many sellers are taking advantage of that.”

LDC, Bridgepoint and PEI could not be reached for comment.