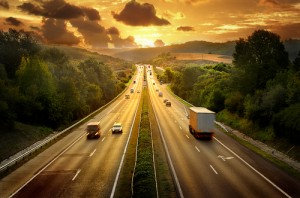 Brookfield Infrastructure announced this week that it has invested an additional $490 million in Arteris S.A., a Brazilian operator of toll roads. Brookfield first invested in the company in August 2012, and has now increased its stake in the company to about 31%.

“We are pleased to increase our ownership in these high quality toll roads,” said Sam Pollock, Chief Executive Officer of Brookfield Infrastructure. “In our first year of ownership, Arteris’ performance has exceeded our expectations, with toll revenues increasing by over 10% compared with the prior year. In addition, Arteris has invested over R$500 million of growth capital to widen its roads, which is expected to increase throughput going forward.” Mr. Pollock added, “We see this as an attractive opportunity to invest more capital in assets that we know well, with long-term, risk-adjusted returns within our target range of 12-15%.”

Arteris is one of the largest owners and operators of toll road concessions in Brazil, with over 3,200 km of roads in states that account for approximately 65% of Brazil’s GDP and that are home to nearly two-thirds of the country’s approximately 70 million vehicles. Arteris’ toll road concessions benefit from increases in traffic and rates that are indexed to inflation. With a combination of established assets and toll roads in an expansionary phase, the Arteris portfolio is positioned to generate stable cashflows with growth potential.

In October 2012, a joint venture formed between a Brookfield Infrastructure consortium and Abertis Infraestructuras, S.A. (“Abertis”) purchased 60% of Arteris. The current investment results from the previously announced mandatory tender offer that the joint venture was required to make to the holders of the 40% of Arteris not owned by the joint venture.

*****
Brookfield Infrastructure operates high quality, long-life assets that generate stable cash flows, require relatively minimal maintenance capital expenditures and, by virtue of barriers to entry and other characteristics, tend to appreciate in value over time. Its current business consists of the ownership and operation of premier utilities, transport and energy assets in North and South America, Australasia and Europe. It also seeks acquisition opportunities in other infrastructure sectors with similar attributes. The payout policy targets 3% to 7% annual growth in distributions. Units trade on the New York and Toronto stock exchanges under the symbols BIP and BIP.UN, respectively. For more information, please visit Brookfield Infrastructure’s website at www.brookfieldinfrastructure.com.