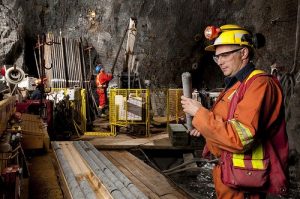 North American Palladium Ltd (NAP) (TSX: PDL), a Canadian precious metals producer, has secured US$25 million from its majority owner, Brookfield Asset Management. The Toronto-based company also extended its US$60 million revolving operating line of credit by two additional years. The money from both sources will be used to fund working capital and capital expenditures for NAP’s Lac des Iles palladium mine in Ontario. In August, Brookfield’s private equity group completed the recapitalization of NAP, a deal that provided Brookfield with 92 percent of the company’s outstanding common shares.

Extension of the existing operating credit facility with The Bank of Nova Scotia until November 30, 2017; and

“We appreciate the confidence that both The Bank of Nova Scotia and Brookfield, our largest shareholder, continue to demonstrate in North American Palladium,” said Jim Gallagher, Chief Executive Officer. “The extension to the credit facility provides us with the full flexibility of a revolving operating line for our day-to-day business requirements at slightly more favourable terms than previously. The term loan from Brookfield allows the LDI mine site to continue with a major expansion and upgrade of the water and tailings management facilities which will position the Company well to operate in an environmentally sustainable manner for at least the next 15 years.”

The Company extended its US$60 million revolving operating line of credit by two additional years to November 30, 2017. The credit facility is secured by first priority security on the Company’s accounts receivables and inventories and second priority security on all other assets. The credit facility contains covenants typical of this type of facility including minimum EBITDA, senior debt to EBITDA ratios, and minimum current ratio.

The Company closed a US$25 million term loan financing with Brookfield which bears interest at 10% per annum and is due December 31, 2016, with an option to extend for one additional year at the option of the Company. The loan is secured by first priority security on the fixed assets and second priority security on accounts receivable and inventory. The facility is available in two advances of which US$10 million is available immediately and US$15 million available until December 31, 2016. The loan is prepayable at any time, in whole or in part, without penalty.

NAP is an established precious metals producer that has been operating its LDI mine located in Ontario, Canada since 1993. LDI is one of only two primary producers of palladium in the world, offering investors exposure to palladium. The Company’s shares trade on the TSX under the symbol PDL and on the OTC Pink under the symbol PALDF.

Forward-looking statements are also based upon a number of factors and assumptions that, while considered reasonable by management, are inherently subject to significant business, economic and competitive uncertainties and contingencies. The factors and assumptions contained in this news release include, but are not limited to: the Company’s ability to continue normal business operations at its Lac des Iles mine, that metal prices and exchange rates between the Canadian and United States dollar will be consistent with the Company’s expectations, that there will be no significant disruptions affecting operations, and that prices for key mining and construction supplies will remain consistent with the Company’s expectations. The forward-looking statements are not guarantees of future performance. The Company disclaims any obligation to update or revise any forward-looking statements, whether as a result of new information, events or otherwise, except as expressly required by law. Readers are cautioned not to put undue reliance on these forward-looking statements.