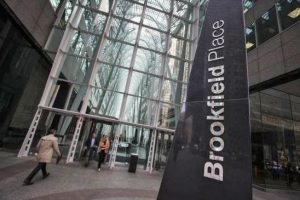 The private equity group of Brookfield Asset Management has wrapped up its fourth fund, raising US$4 billion earmarked for mid-market buyouts, turnarounds and other special situations.

Brookfield Capital Partners IV’s total came in 14 percent above the fund’s original target of US$3.5 billion.

The fund was anchored with US$1 billion from Brookfield, a substantial commitment intended to ensure alignment of interests with third-party LPs, Senior Managing Partner Cyrus Madon told Buyouts.

Madon, who heads the PE group, said the rest came from a mix of new and repeat LPs, most of them pension funds, sovereign wealth funds, financial corporations, and other institutional investors.

He said “virtually everybody” who participated in the prior funds signed up for BCP IV, with many increasing their commitments. Brookfield also made inroads with first-time investors in some new locales, including Asia and the Middle East.

Madon said LPs warmed to Brookfield’s latest offering because of the firm’s differentiated strategy and operational experience, which is rooted in more than three decades of PE investing. Brookfield has invested some US$16 billion in deals over this period, he said.

He declined to share performance results for Brookfield’s funds. The firm’s debut fund, raised in 2001, generated a gross multiple of 2 times invested capital and a gross return of 30 percent, Buyouts previously reported.

Madon said a larger fund will not result in a dramatic change in investment approach.

BCP IV will continue to invest in buyouts, restructurings, recaps, consolidations and turnarounds of companies with strong cash-flow potential. The fund will mostly target opportunities in North America, though Madon expects deals to increasingly be global in scope, supported by investment teams located in offices on five continents.

Investment sizes will be larger than in the past, ranging from US$200 million to US$500 million, and periodically exceeding US$1 billion with the help of co-investors, Madon said. BCP IV is also likely to sponsor more transactions than prior funds.

Brookfield’s PE group has typically sought out-of-favour opportunities in such industries as energy, forest products and manufacturing. This will continue, Madon said, with BCP IV taking a particular interest in deals that leverage the firm’s cross-platform focus on real assets.

BCP IV has already deployed more than US$1 billion to initial platform investments.

Most of the money has gone into three deals, the largest of which was the US$2.1 billion acquisition of Apache Corp’s oil operations in Australia in June 2015. Renamed Quadrant Energy, Brookfield bought the business in partnership with Macquarie Capital.

The fund also last year acquired GrafTech, a producer of graphite material solutions used in steel manufacturing, as well as some facilities management companies that were later merged under Brookfield Global Integrated Services.

BCP IV’s close comes weeks before the planned spin-off of Brookfield Business Partners, a listed vehicle that will allow Brookfield shareholders to invest directly in the PE portfolio. The spin-off will be accomplished by a special US$500 million dividend distribution.

Madon, who is BBP’s CEO, believes the listing will “give us substantial permanent capital” to finance operations. BPP will “work synergistically” alongside the fund in new deals, accounting for roughly one-quarter of total investment, and provide a source of co-investment resources as needed.

BPP is the fourth spin-out of Brookfield’s private-market investment arms.

Madon joined Brookfield in 1998 and was key to the launch of BCP I, formerly the Tricap Restructuring Fund. The PE group’s other senior managing director, Joe Freedman, came onboard in 2002.