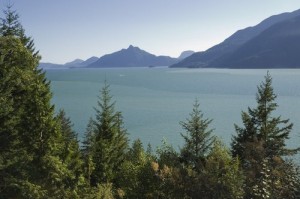 The private equity division of Brookfield Asset Management has agreed to sell through a secondary offering part of its investment in Vancouver-based lumber manufacturer Western Forest Products Inc (TSX:WEF). Under the agreement, Brookfield will dispose of 40 million units at a price of $1.45 per unit. Upon completion of the transaction, the Toronto-based Brookfield will continue to hold approximately 49% of the company’s common shares. Western Forest Products was formed in 2004 as a result of Brookfield’s acquisition of the bankrupt Doman Industries Ltd.

Western Forest Products Inc. (TSX:WEF) (“Western” or the “Company”) and Brookfield Special Situations Management Limited (“Brookfield”) today announced a bought deal secondary offering with a syndicate of underwriters led by Scotiabank, CIBC World Markets Inc., and Goldman Sachs Canada Inc. (the “Underwriters”), through which the wholly-owned subsidiary of Brookfield Asset Management (TSX:BAM.A)(NYSE:BAM) has agreed to sell 40,000,000 units (the “Offered Units”) at an offering price of $1.45 per Offered Unit (the “Offering”). Each Offered Unit will consist of one non-voting share of Western (an “Offered Share”) owned by Brookfield and one voting common share purchase warrant (an “Offered Warrant”) of the Company. Each Offered Warrant will entitle the holder to acquire one voting common share of Western (a “Common Share”) owned by Brookfield at a price of $1.60 until July 31, 2014. The Underwriters have been granted an over-allotment option, exercisable for a period of 30 days from the closing of the Offering, to purchase 6,000,000 additional Offered Units (the “Over-Allotment Units”) at a price of $1.45 per Offered Unit under the same terms.

Brookfield currently holds 130,170,417 non-voting shares of Western, representing 100% of the issued and outstanding non-voting shares. The Offered Shares are convertible into Common Shares on the basis of one Common Share for one Offered Share, on the terms and conditions set out in the Company’s Articles. Each Common Share of the Company entitles the holder to one vote on any resolutions at meetings of shareholders. On satisfaction of all conditions to closing of the Offering (or the over-allotment, as applicable), including compliance with the Company’s Articles, all Offered Shares (and all non-voting shares comprised in the Over-Allotment Units, as applicable) shall be converted, on a one-for-one basis, into Common Shares, representing approximately 13% of the issued and outstanding Common Shares on a non-diluted basis after giving effect to the Offering but before the exercise of the over-allotment option.

The Offered Units will be offered by way of a short form prospectus, to be filed by no later than October 2, 2013, in all of the provinces of Canada pursuant to National Instrument 44-101 Short Form Prospectus Distributions and in the United States pursuant to an exemption from the registration requirements of the United States Securities Act of 1933, as amended. Closing of the Offering is expected to occur on or before October 9, 2013 and is subject to certain conditions, including the approval of the Toronto Stock Exchange and the Canadian securities regulatory
authorities.

This press release shall not constitute an offer to sell or the solicitation of an offer to buy the securities in any jurisdiction in which such offer, sale or solicitation would be unlawful. The Common Shares have not been and will not be registered under the United States Securities Act of 1933 , as amended, and may not be offered or sold in the United States absent registration or an applicable exemption from registration.

Western is an integrated Canadian forest products company and the largest coastal British Columbia woodland operator and lumber producer with an annual available harvest of approximately 6.4 million cubic metres of timber of which approximately 6.2 million cubic metres is from Crown lands and lumber capacity in excess of 1.1 billion board feet from eight sawmills and three remanufacturing plants. Principal activities conducted by the Company include timber harvesting, reforestation, sawmilling logs into lumber and by-products and value-added remanufacturing. Substantially all of Western’s operations, employees and corporate facilities are located in the coastal region of British Columbia while its products are sold in over 25 countries worldwide.

The Toronto Stock Exchange has not reviewed and does not accept responsibility for the adequacy or accuracy of this release.