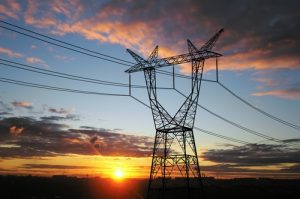 If that’s surprising, it’s because only one transaction has been disclosed to date.

This year, Brookfield continued to back the acquisition-led growth of Ember Resources, a coal-bed methane (CBM) producer based in Calgary. In October, Ember agreed to buy most of Encana Corp’s Clearwater assets in Alberta.

That deal, previously disclosed, will give Ember about 1.2 million net acres of land and over 6,800 producing wells of natural gas. It is expected to close in early 2015.

However, peHUB Canada has learned from a source with knowledge of the matter that Clearwater was Ember’s second acquisition from Encana in 2014. Five months earlier, it also bought the Canadian energy producer’s CBM properties in Alberta’s Nevis region, which are contiguous with its own.

The two transactions build on Ember’s purchase in 2013 of oil and gas assets held by Apache Corp. Concurrent with that deal, Brookfield bought out Ember’s other Canadian PE investors, ARC Financial Corp and KERN Partners, and became the sole shareholder.

Since it was taken private by Brookfield, ARC and KERN in 2011, Ember has announced or closed four acquisitions worth $908 million. The 2014 Encana deals, which have a combined value of $656 million, reflect the largest activity so far in Brookfield’s efforts to support Ember as a leading CBM platform.

In August, Brookfield disclosed that it has been accumulating debt in Energy Future Holdings (EFH), an electric utility business based in Dallas that filed for bankruptcy in April.

Formerly known as TXU Corp, EFH was bought in 2007 by an investor group led by Kohlberg Kravis Roberts & Co and TPG Capital. The LBO was valued at close to US$32 billion. Bloomberg recently reported that investments of the primary PE owners may be almost erased by EFH’s reorganization plan.

In the transcript of a conference call with Brookfield investors, Senior Managing Partner and CEO Bruce Flatt expressed the firm’s belief that EFH “is a good company that had a very bad capital structure.” He said this kind of situation “is similar to many of the restructurings that we have been involved in the past.”

As a result, Brookfield’s PE group acquired a “substantial amount of debt” in EFH’s power generation and distribution subsidiary, and is now one of its largest creditors. Flatt is almost certainly talking about Luminant, one of three EFH operating divisions and a major Texas energy supplier.

Flatt said Brookfield expects to be “a cornerstone investor” in the business once it emerges from bankruptcy, and will focus on working with management to ensure its sound financial footing.

Will Brookfield parlay its 2014 energy deals into a next round of fundraising?

It’s possible. In October, Bloomberg reported that the PE group is targeting US$3 billion for its forthcoming Brookfield Capital Partners Fund IV LP. That’s triple the US$1 billion raised by Fund III, as reported exclusively by peHUB Canada in April 2013.

Brookfield declined to comment on its 2014 dealmaking and fundraising plans.