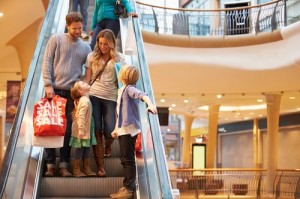 Brookfield Asset Management Inc (BAMa.TO) has been exploring an acquisition in recent months of General Growth Properties Inc (GGP) (GGP.N), the U.S. mall operator with a market value of US$24 billion, according to people familiar with the matter.

A potential deal would illustrate how major property investors such as Brookfield view publicly listed real estate assets as cheap, as concerns over U.S. economic growth weigh on the valuations of several real estate investment trusts.

The preliminary deliberations have not advanced, according to the sources, who cautioned there was no certainty Brookfield would make an offer to GGP.

The sources asked not to be identified because the matter is confidential. Brookfield declined to comment while GGP did not respond to requests for comment. GGP shares jumped as much as 6.5 percent on the news and ended trading at US$27.56, up 1.5 percent.

GGP has 131 properties, mainly in the United States, including the planned development of the Ala Moana Center in Hawaii. GGP’s tenants include car maker Tesla (TSLA.O), jeweler Tiffany & Co (TIF.N) and retailer Macy’s Inc (M.N).

A deal for GGP would be similar to a related transaction that Brookfield is pursuing. Earlier this month, it offered to purchase the remainder of mall operator Rouse Properties Inc (RSE.N) that it does not already own. Rouse was spun off from GGP in 2012 and currently has a market value of US$1 billion. It has said it is considering Brookfield’s offer.

Brookfield has also partnered with co-investors in the past. It has been a major backer of GGP since its emergence from bankruptcy in 2010.

In November, GGP reported in its third-quarter results that earnings before interest, taxes, depreciation and amortization had increased 5.6 percent to US$526 million from US$498 million in the same period from a year earlier.

GGP’s stock has traded down about 13.4 percent in the last 12 months, though the company had increased its quarterly dividend to US$0.19 from US$0.17 over the same time period.

In March 2015, rival mall owner Simon Property Group Inc (SPG.N) offered to buy peer Macerich Co (MAC.N) for US$14.4 billion in cash, in a deal that would have joined the No. 1 and No. 3 U.S. shopping mall owners. Macerich spurred Simon’s overtures.