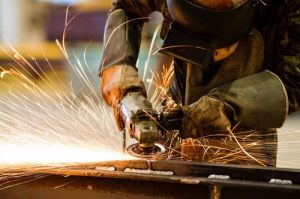 The private equity group of Brookfield Asset Management has intensified an already active deal pace with its plans to invest in a Canadian infrastructure company and a U.S.-based graphite electrode producer.

The Toronto-based firm announced today that it has agreed to buy convertible preferred shares in GrafTech International, an Independence, Ohio-based maker of graphite electrodes that are most commonly used in the steel manufacturing industry.

The proposed deal is intended to reinforce GrafTech’s capital structure and provide for sufficient flexibility to weather a tough market cycle, which has recently cut into the company’s sales.

The preferred investment would give Brookfield a minority interest in GrafTech, along with two seats on the board of directors.

The deal agreement also entertains an alternative course whereby Brookfield would purchase all of the remaining shares of GrafTech’s common stock. Brookfield confirmed with peHUB Canada that the acquisition’s total value is about US$840 million.

GrafTech and Brookfield are currently negotiating the two investments.

Whichever way it goes, the transaction is certainly in Brookfield’s wheelhouse. In a statement, Managing Partner Mark Weinberg noted the firm’s experience in the steel industry, which has given it insights into GrafTech’s underlying strengths. He said the company has “a keen sense of what drives long-term value in the graphite business.”

The GrafTech announcement came close on the heels of another announcement this week concerning Armtec Infrastructure, a Concord, Ontario-based manufacturer of infrastructure products and engineered construction solutions.

Armtec, which has also been weathering a rough patch of late, plans to sell most of its assets to Brookfield’s private equity group. The proposed deal follows a sale and investment solicitation process initiated by the company in February.

At the conclusion of this process, Armtec elected to recapitalize with Brookfield in exchange for debt owing. Brookfield confirmed with peHUB Canada that its investment in the company will total about US$110 million.

Armtec has obtained court protection from creditors while the deal is being considered. In the meantime, Brookfield will fund its on-going operations with a $30 million debtor-in-possession facility.

Like GrafTech, Armtec is expected to perform in the long run. In a statement, Brookfield Managing Partner David Nowak said the firm will work with management to build on Armtec’s “long and successful history in Canada’s infrastructure markets.”

GrafTech and Armtec are among three refinancings undertaken by Brookfield since the beginning of 2015.  Earlier this month, the firm also agreed to convert its debt holdings in North American Palladium, a Canadian precious metals producer, into equity.

Brookfield’s private equity group has been active in other transactions as well. They include an agreement to purchase Apache’s exploration and production business in Australia for US$2.1 billion, a deal Brookfield is doing in collaboration with Macquarie Capital.

The flurry of investment activity helps explain Brookfield’s decision last week to launch an equity issue that will generate gross proceeds of US$1.1 billion. Bruce Flatt, the firm’s senior managing partner and CEO, linked the offering with “a number of attractive opportunities” that are currently under review.

It’s likely that we’ll see even more deal making in the year ahead. As reported by peHUB Canada in January, Brookfield is said to be targeting US$3.5 billion for its latest private equity fund, Brookfield Capital Partners IV. That’s more than three times the capital committed to the fund’s predecessor.