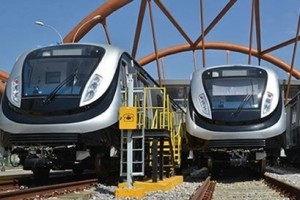 Brookfield said in a statement that its offer depended on some conditions, particularly a revision of the shareholders agreement, which faced opposition from other partners.

Two sources with direct knowledge of the situation, who had earlier informed Reuters on the bid’s withdrawal, said Brookfield demanded full management control of the company, which was denied.

“Pension funds who together hold nearly 75 percent of the company did not agree with adjustments regarding governance,” said Brookfield.

The sale of the Invepar stake was key to helping OAS emerge from bankruptcy protection proceedings, and came days after a Brazilian bankruptcy judge approved a recovery plan. Brookfield had offered to pay 1.35 billion reais (US$341 million) for the stake and secured the right to outdo bids from any other interested party.

The decision means that OAS [OAEP.UL] will have to publish new terms for the sale of the stake within the next five days and hold an auction within a month, one of the sources said. The engineering company, which was founded in the mid-1970s, relies on a successful recovery plan to remain operational, keep as many as 100,000 jobs and stay current with suppliers.

None of the sources, who requested anonymity due to the sensitivity of the matter, said whether there were other potential bidders for the Invepar stake.

Grupo OAS filed for bankruptcy protection in March, struggling with the impact of a corruption probe at state-controlled oil producer Petróleo Brasileiro SA (PETR4.SA) and other state firms; the scandal undercut access to financing and halted potential government contracts.

Creditors in December had approved OAS’s recovery plan, consisting of a series of asset sales, including a waste management firm and a rig building unit. Under the plan, creditors will take an 80 percent loss on their debt and accept repayment for up to 25 years.

Brookfield’s withdrawal from the process was first reported by Veja magazine’s Radar column late on Monday.