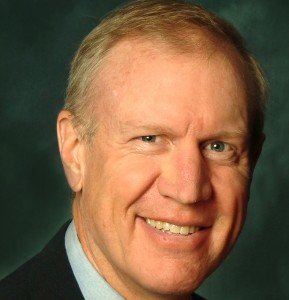 Bruce Rauner, an early partner with Chicago-based GTCR LLC, is widely believed to be weighing a bid for governor of Illinois in 2014 on the Republican ticket. For years he’s been deeply involved in public service in Chicago, most notably in helping to push education reform in 2011 and, recently, criticizing the Chicago Teachers Union over the recent strike there. In an interview with Buyouts published Sept. 17, Rauner discussed what private equity experience can bring to the public sector and Mitt Romney’s handling of his experience at Bain Capital. And he certainly didn’t refute talk of his interest in becoming what Chicago Magazine recently called “the Chicago equivalent of Michael Bloomberg.” This is a condensed excerpt. The full interview is available to subscribers here.

You’ve been involved in trying to reform the public schools in Chicago. You’re also chairman of the Chicago Convention and Tourism Bureau and serve on the board of the Metropolitan Pier and Exposition Authority. How has your private equity experience influenced these roles?

The investment process we have in our industry is directly applicable to every problem we face socially and governmentally: analyzing problems in detail, determining solutions, stating priorities and a strategy to accomplish those priorities, assembling talented teams and leading them to accomplish results…I took over our tourism bureau after I was appointed by Mayor [Richard] Daly…We revamped the board; we’ve reset priorities and the budget; we fundraised and developed a new strategic plan to market to visitors of Chicago, and we’re on a 10-year plan to increase the number of tourists and therefore jobs too. That process is exactly the same that we use when we get involved with a company.

My view is he probably hasn’t been as forceful in making his case and selling his success, and the value that leadership brings to the public sector.

What’s the biggest lesson you learned from helping to pass education reform?

One is that politics is really hard and takes relentless work and creativity and networking and deal-cutting. A politician, in the end, responds to pressure. You can talk about doing the right thing or philosophy, but in the end it’s about pressure, and figuring out how to bring that pressure to bear to get results for students and people.

Does the highly competitive, cut-throat nature of private equity prepare a potential candidate for office?

What are some of the factors weighing on your decision to run for governor in 2014?

It doesn’t make sense for me to comment. That speculation is premature for a race two years away. I wouldn’t comment.

What impact has Mitt Romney’s campaign had on private equity professionals thinking about getting into public service?

I think it’s very distressing to see the attacks on Romney for his business success, the whole mindset of attacking wealthy people for their success, attacking business executives as bad or greedy, this whole class warfare mindset. I think it is dreadfully harmful. That’s not what America is about. To the degree it discourages business executives to work in the public sector, to me that’s a very bad thing. What’s clear to me is we need more people with business leadership backgrounds in the public sector. So many people in the public sector I see are lawyers or they’re professional government workers, and that’s fine. But what’s under-represented is that set of skills I talked about: discipline, accountability, driving for results rather than just process. Michael Bloomberg is a good example.

What are some ways a young private equity professional with long-term public sector ambitions could get involved?

Run for your local school board, or go on the board of a charter school. Or run for city council, or help with a nonprofit that oversees your local government. Get exposed. Pick out issues you care about. Is it education? Is it health care? A lot of investment professionals have a lot of expertise in health care. Do have you an interest in conservation, like me? Then find ways to get involved with non-profit organizations and government agencies in that space. Many agencies have boards with investment professionals; even in their 20s or 30s they can get involved.