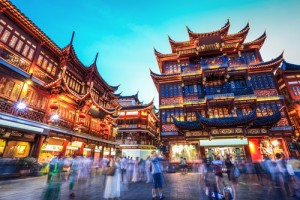 Ride-hailing service Uber Technologies Inc plans to invest more than $1 billion in China this year as the controversial ride-hailing app looks to rev up growth in the world’s second largest economy, an executive at the firm said on Friday.

In an emailed letter to investors, first published by the Financial Times newspaper, Uber head Travis Kalanick said China was the “number one priority” for the company worldwide and that the firm was completing almost 1 million trips in China per day.

The letter suggests Uber is taking a bullish approach to China, despite the firm facing raids on its offices and a crackdown on its drivers deemed to be operating illegally.

“Since our launch in February 2014, we have found a public that is embracing Uber far beyond our most bullish expectations,” Kalanick said in the letter.

An Uber executive based in Greater China confirmed to Reuters that the emailed letter was genuine. The person asked not to be named as he was not authorized to speak to the media.

Kalanick added the firm plans to launch its services in 50 more Chinese cities over the next year and that there was huge potential for further growth. The firm is currently operating in 11 cities in the country.

“To put it frankly, China represents one of the largest untapped opportunities for Uber, potentially larger than the US,” he said, adding success in the market would however require “commitment over the long haul and a strong will.”

Despite the promising numbers, Uber’s ride in China hasn’t been totally smooth for the $40 billion valued firm. Kalanick said in the letter China was “not for the faint of heart” and that the firm was seeing fierce competition from local rivals.

San Francisco-based Uber, which has a tie-up in China with domestic Internet giant Baidu Inc (BIDU.O), will launch a fundraising process to help expand its China unit on June 22, the letter said.

People with knowledge of the matter said Uber has also been actively trying to forge closer ties with local governments in China in a bid to fend off protests by local taxi firms, raids on its offices and well-connected local rivals.