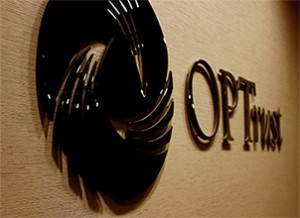 It’s possible you’ve heard less about the private markets group at OPTrust, the Toronto-based investor and manager of $15 billion in assets on behalf of OPSEU Pension Plan. That’s because up until it now has kept a low profile. Things appear to be changing, however. After posting some impressive performance numbers last year, the group seems ready to emerge from its shell and take on new challenges – including doing more direct deals.

OPTrust’s Private Markets Group (PMG) launched in 2006 with the goal of building diversified private equity and infrastructure portfolios that will eventually account for 30% of the plan’s total assets. Since then, assets managed by the group’s two dozen investment pros have grown exponentially to more than $2.5 billion last year. (Committed capital totals more than $4 billion.) 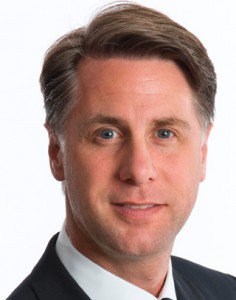 What makes this track record even more impressive is that it was achieved in the wake of the 2007-2008 financial crisis. In an interview with peHUB Canada, Warn-Schindel and managing director Sandra Bosela give credit to a carefully crafted business plan that has been executed with discipline over the past six years.

“OPTrust PMG’s investment philosophy is rooted in strategy, experience and proprietary research,” says Warn-Schindel. It’s an approach he thinks served the group well when establishing itself in the final months of the leverage boom. “It’s very tough to go to a party when the party has already been raging for some time,” he quips. “We decided to instead focus on getting ready for the next party.”

PMG gave early emphasis to direct investments in infrastructure assets, such as communications, power generation, transport, utilities, water and waste management. In 2007, the group partnered in the creation of the $300 million Firelight Infrastructure Partners, which invests in North American renewable energy projects. In the same year, OPTrust was the leading member of South Coast Partners LP, a consortium that invested $165 million in the take-private acquisition of Oceanex, an integrated port terminal and freight transport company.

Warn-Schindel believes investing in infrastructure helped PMG get off on the right foot. That’s because infrastructure assets have a low correlation to traditional assets, and were therefore able to provide reliable, long-term performance in a challenging environment. The group continues to view infrastructure as a vital source of stability and diversification. In 2011, OPTrust partnered with Dutch pension fund PPGM in recapitalizing Spanish infrastructure company Globalvia – a deal that gave the plan increased exposure to attractive transport concessions in Europe and Latin America, says Warn-Schindel. 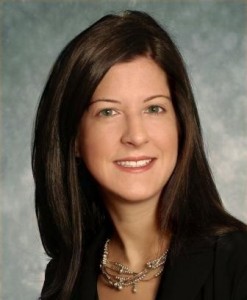 PMG made its private equity debut in 2007, focusing on fund and direct investments in such areas as buyouts, growth equity and special situations. Among its first deals was a lucrative co-investment alongside U.K.-based private equity firm Bowmark Capital in Data Explorers Group, a provider of securities lending information. After generating sales and profits growth at a compound annual rate of 30% and 40%, respectively, Data Explorers was sold to Markit in 2012.

Equally rewarding was OPTrust’s co-investment in Kohlberg Kravis Roberts & Co.’s buy of drugstore chain Alliance Boots, a large percentage of which was sold last year to Walgreen for US$6.7 billion. Exits from both Data Explorers and Alliance Boots contributed significantly to PMG’s performance. So, too, did the group’s decision to commit to post-2007 credit-based strategies sponsored by U.S. private equity firm Ares Management.

Warn-Schindel stresses the importance of PMG’s original “road map” in developing its primary PE market relationships and sources of deal flow. The group has so far concentrated on working with a small but steady number of portfolio funds. However, as it has found success with co-investments and co-sponsorships, OPTrust has increasingly sought to do more with its partners, and also with other PE funds, strategic investors, financial players and business owners.

That interest was clearly signaled in OPTrust’s hire in 2011 of Bosela, the former president and managing partner at Toronto-based private equity firm Edgetone Capital Partners. Bosela is charged with leading PMG’s PE program in North America, a role that puts some onus on direct deal opportunities.

In approaching this task, Bosela says she’s sticking close to OPTrust PMG’s core philosophy. She emphasizes the importance of “taking the time to make the right bets” due to the current market’s competitive nature and aggressively priced deals. She nonetheless believes there are multiple “pockets of opportunity.” Since Bosela’s arrival, PMG has given much greater weight to co-investments and co-sponsorships, which today account for over 60% of activity.

PMG operates with considerable delegated authority from OPTrust, which has allowed Warn-Schindel’s team to make decisions nimbly and engage in proactive deal generation. It is perhaps a measure of the group’s confidence in its strategy and research capability – not to mention returns – that PMG is throwing out the welcome mat to fresh opportunities with existing and new partners.

OPTrust PMG currently has offices and staff in Toronto, London and Sydney, Australia.