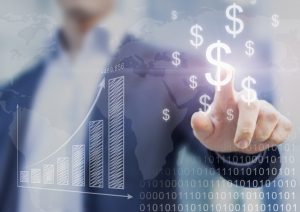 Happy Thursday! Feels like a lot of rushing around trying to get last minute things done before year end. Except on the secondary market — seems like sellers are waiting until the new year to bring big processes to market. The expectation is Q1 will be busy.

Speaking of secondaries, Revelstoke Capital completed its process to move out Upstream Rehabilitation from its 2015 debut fund, into a new vehicle, giving the GP more time to manage the asset. Coller Capital was lead buyer on the deal, along with Revelstoke’s Fund I and newly raised Fund II also contributing. Check out our news brief here.

The Revelstoke process was one of the larger single-asset deals in the market in the second half of 2019, one of many GPs explored. Single-asset deals generally allow limited partners in the fund where the asset is held to either sell out of their exposure in the asset, or roll their interest into the new vehicle housing the investment.

Revelstoke plans to continue to grow Upstream Rehab, which has 746 clinics across 27 states. This is the beauty of a single-asset deal as a way for a GP to keep hold of a business that has more growth ahead. GPs these days are looking for ways to hold certain assets for longer than the traditional PE structure allows, and secondaries presents one option.

If you hear about other single-asset processes in the market, hit me up at cwitkowsky@buyoutsinsider.com.

Perspective: A few reports have come out that the market for minority stakes in GP management companies is becoming saturated. Bain & Co in its 2019 report questioned how much opportunity remains in the market, and Pitchbook in June took a similar view.

But Michael Rees, head of minority stakes-focused Dyal Capital, is not concerned by this perspective, writes reporter Kirk Falconer in a great interview on Buyouts.

“There are still a lot of great firms that don’t have partners,” Rees told Falconer. He pointed to opportunities abroad, including the “big six firms in Europe,” which have not recently raised permanent minority capital. “The market is not just about North American buyout managers,” he said.

Dyal just closed its fourth GP stakes fund on a record $9 billion after upping its target by more than $3.5 billion to handle increased deal flow and LP demand. Check out Kirk’s story here.

Oregon Investment Council set up a program with Pathway Capital Management to sell select private equity holdings and funnel half the proceeds into a co-investment vehicle, writes LP watchdog Justin Mitchell. Oregon will work with Pathway and its PE consultant TorreyCove Capital to select an initial $2 billion portfolio made up of existing PE assets held by the public employees’ pension. Check it out here.

Guidepost Growth Equity, which rebranded in 2017 from North Bridge Growth Equity, officially hit the market with its fund under its new banner. Check it out here.