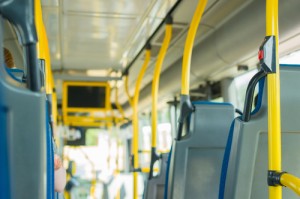 Montréal start-up Busbud Inc., which provides a web and mobile application for global intercity bus travel information, has secured $1 million in first-time venture capital  financing from Canadian firms iNovia Capital and Real Ventures. As part of the deal, David Nault of iNovia and Jean-Sébastien Cournoyer of Real Ventures will join the company’s board of directors, while Chris Arsenault of iNovia will join its advisory board. Funding proceeds will allow Busbud to grow its management team and build its business.

Busbud Raises $1M to be the Kayak of Worldwide Bus Travel

Busbud, the first service to offer travelers comprehensive access to worldwide bus schedules and ticketing, raises $1M in first round of financing.

BusBud, Your Worldwide Bus Travel Companion
Much like Kayak does for air travel, Busbud looks to be the go-to web and app for bus travelers worldwide. The Busbud website and free mobile application give travelers easy access to intercity bus travel information and ticket purchases on the go, and gathers intercity bus schedules for 4379 cities in 66 countries. The company is currently expanding ticketing partnerships worldwide. The new capital will serve to grow the team and build the business.

“As an entrepreneur, I’ve learned that the team you build is the company you build, and the same goes for the partners you associate with,” comments Louis-Philippe Maurice, co-founder and CEO of Busbud. “Our team has been working very hard to create a great product that solves a real problem for travelers, and we couldn’t dream of a better mix of experience and expertise to take Busbud to the next level.”

“Busbud is the first service to offer travelers comprehensive access to worldwide bus schedules and ticketing. In a context where the bus industry is largely fragmented, this provides for huge opportunity,” mentions Chris Arsenault, Managing Partner at iNovia.

Growing demand for intercity bus travel
According to a recent report from DePaul University cited by the American Bus Association, intercity bus travel grew by 7.5% in 2012, making it “America’s fastest growing form of intercity travel by a comfortable margin.” Bus services are also expanding rapidly internationally, as passengers are attracted by both its budget and eco friendliness.

“Real Ventures is proud to join the Busbud team on their quest to transform the intercity bus industry. LP, Michael and Fred are the archetypal visionary entrepreneurs we like to back,” adds JS Cournoyer, Co-Founder and Partner at Real Ventures.

Co-founded in 2011 by a trio of friends, Harvard MBA Louis-Philippe Maurice, Microsoft Bing veteran Michael Gradek and chief scientist Frederic Thouin, Busbud is the first service to tackle the problem of bus travel on a worldwide scale.

About Busbud
The Busbud website and mobile application are the most comprehensive sources of intercity bus travel information around the world, offering bus schedules for 4379 cities in 66 countries, available in 10 languages and 15 currencies. The company is backed by iNovia Capital and Real Ventures, and based in Montreal, Canada, and New York City.
busbud.com

About Real Ventures
Real Ventures is a Montreal-based seed venture fund which invests alongside entrepreneurs from idea to exit. The Real Ventures fund aims to be first money behind great entrepreneurs and companies in the web, mobile, SaaS, software, ecommerce, gaming and digital media sectors and to help them achieve their grand vision.
RealVentures.com

About iNovia Capital
iNovia partners with exceptional entrepreneurs to build successful companies in high-growth sectors. The team is comprised of entrepreneurs and sector experts focused on Mobile, Internet and Digital Media. iNovia has $275M under management across three seed and early-stage funds.
Novia.vc