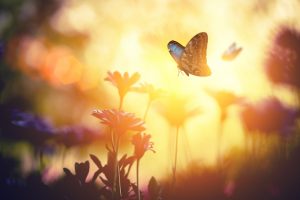 A new firm on the West Coast is getting a lot of buzz among limited partners around its debut fund.

The firm, Butterfly Equity, is targeting $400 million for investments in the food industry across agriculture and aquaculture, food and beverage products, food retail and distribution and restaurants. Butterfly’s theme is investing across the entire food value chain, “from seed to fork,” according to Butterfly’s scant website.

A cap on the fund has not yet been set, sources told Buyouts.

Perhaps most intriguing to LPs are the firm’s founders: Dustin Beck, a former Vista Equity Partners executive who worked with his brother at Riot Games as it expanded into a global business through its “League of Legends” gaming platform. Butterfly’s other partner is Adam Waglay, a principal at Kohlberg Kravis Roberts who worked at the firm from 2007 to 2015, according to his LinkedIn profile.

UBS is working with Butterfly to raise capital for the fund. One source with knowledge of the process said the debut fund could close by year-end.

The firm filed a Form D fundraising document with the SEC in May. The document did not list a target or fundraising tally.

Riot Games raised $7 million from Benchmark Capital and FirstMark Capital in 2008 and sold a majority stake to Tencent in 2011. Tencent acquired the remaining equity in the company in late 2015 and Dustin Beck launched Butterfly in January 2016, his LinkedIn profile shows.

Waglay, meanwhile, worked at Goldman Sachs from 2003 to 2007 in consumer and retail banking before joining KKR in 2007, according to his LinkedIn profile. He was involved in transactions at KKR including Dollar General, Academy Sports + Outdoors, National Vision and Toys “R” Us, according to his biography in a Milken Institute conference agenda.