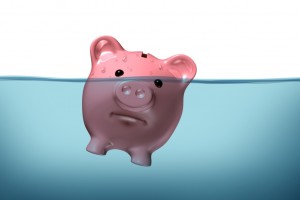 A possible pickup in deals could cause U.S. banks to put too much risk on their balance sheets, Fitch says. First quarter has already seen a spate of large transactions–Dell, H.J. Heinz and Virgin Media–and there are signs that more big deals could be on the way.

The foundation for an eventual increase in M&A has been established despite the slow-growing economic environment, Fitch says. Large U.S. banks, which fortified their balance sheets, now have ample lending capacity, Fitch says. Private equity has roughly $342 billion in dry powder to spend on deals, according to Preqin. Strategics are cash-rich. The low absolute interest rate environment means financing costs are very low, says Joe Scott, a Fitch analyst.

Banks, as they try to boost fee revenues, may try to participate in more deals, Fitch says. This increases the danger of banks taking on too much risk, Scott says. “Right now it still appears very manageable,” he says. “But if the trend to large deals increases then the risk to banks could grow. Especially if the environment changes and they can’t syndicate their risk.”

The environment changed in August 2007 and banks that financed the big deals couldn’t syndicate their risk, Scott says. The credit crunch then evolved into the financial crisis of 2009.

Scott wouldn’t say that the current climate is similar to the 2006-2007 credit bubble. However, the possibility of further large deals could increase the risk for banks, Scott says. Private equity firms are much more optimistic about M&A this year, he says. “Banks are very liquid right now,” he says. “We’re saying there is a possibility if these large deals continue.”