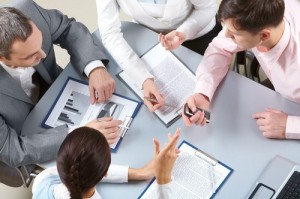 This acquisition was made possible through investments of $8.25 million by Investissement Québec and $2 million by CRCD in the form of debt and equity.

“We’re delighted with the outcome in this matter. It brings back to Québec the head office of OSI Consultant Group, which was acquired in 2006 by Alyotech and had operated since then under the name Alyotech Canada,” stated Minister Zakaïb. Bringing the decision-making centre back home will make it possible to put OSI Consultant Group’s ambitious growth plan into effect. Retaining this expertise and these strategic operations in Québec was vital because the firm serves a number of flagship companies in our local landscape”.

Marie-Claude Boisvert was elated by the buyout of a homegrown company, saying, “The 103,000 shareholders of Capital régional et coopératif Desjardins count on us to protect the ownership of our businesses. This will result in economic spinoffs both for Montréal and for the regions. As a patient investor, we look forward with pride to the growth of OSI Consultant Group.”

The Minister of International Relations, La Francophonie and External Trade and Minister responsible for the Montréal Region, Jean-François Lisée, underscored the importance of this transaction for the metropolitan area. “The Québec IT and communications industry plays a very significant role in the economy of the greater Montréal area,” he noted. “And it’s one of the sectors that helps to build an innovative society. So it’s essential to hold on to our Québec and Montréal star players so we can continue to excel in this industry that is so strategic for the economic development of Québec.”

At the closing of the transaction, Louis Pratt, President and CEO of OSI, remarked that, “In particular, this change of control will allow OSI Consultant Group to significantly enhance our positioning and ability to play an active role in the Québec IT market. OSI Consultant Group will also continue to invest in developing application solutions to become a leader in the field.”

About Investissement Québec
Investissement Québec’s mission is to foster the growth of investment in Québec, thereby contributing to economic development and job creation in every region. The Corporation offers businesses a full range of financial solutions, including loans, loan guarantees, and equity investments, to support them at all stages of their development. It is also responsible for administering tax measures and prospecting for foreign investment.