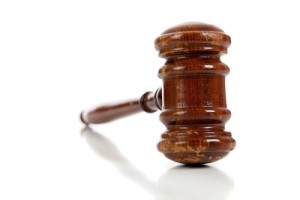 (Reuters) TPG Capital LP said on Wednesday its former head of public affairs, who had accused it of violating securities regulations and defrauding investors out of millions of dollars, had agreed to drop his lawsuit against the buyout firm.

The legal wrangling earlier this year sent shockwaves across the tight-knit private equity industry during the U.S. Securities and Exchange Commission’s ongoing scrutiny of the transparency of fees and expenses charged to investors.

In a short statement, TPG said it would make no payments to Adam Levine, the former spokesman, for the withdrawal of his claims. Levine also agreed to a permanent injunction to resolve TPG’s lawsuit against him in federal court in Texas, and consented to the issuance of the statement, TPG said.

In his lawsuit in April, Levine stated he had contacted the SEC about his concerns. An SEC spokeswoman declined to comment on Wednesday on whether the regulator was investigating TPG in relation to Levine’s claims.

However, a source close to TPG, who requested anonymity to discuss the confidential matter, said the only payment that TPG has made to Levine since December relates to equity interests he was entitled to prior to his employment being terminated. The source did not disclose the amount.

Levine had claimed in his lawsuit that he was entitled to up to $738,761 for non-cash compensation owed to him, as well as general damages to recompense him for emotional distress. He was also seeking punitive damages.

TPG, founded in 1992 by David Bonderman and James Coulter, had accused Levine of taking confidential documents and distributing them to the media after being denied a promotion to a partnership position.

Levine’s lawsuit alleged that TPG, whose past deals have included the takeovers of Burger King, Metro-Goldwyn-Mayer and the biggest-ever leveraged buyout, the $45 billion takeover of Texas utility TXU, miss-billed expenses, flouted compliance rules, and gave inaccurate information about its investment team.

Levine had joined TPG, based in San Francisco and Fort Worth, in 2008. Previously, he had worked as a deputy press secretary for President George W. Bush, as well as a public relations professional for Goldman Sachs Group Inc.