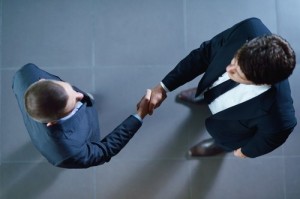 (Reuters) — Some U.S. private equity firms are courting their biggest and savviest investors with privileged access to special fee-saving deals without telling other investors, according to people involved in buyout firms’ fundraising.

The U.S. Securities and Exchange Commission (SEC) has signaled its interest in overseeing such deals after fining several private equity firms in recent months for improper disclosure of fees.

The so-called co-investments allow institutional investors such as pension funds and sovereign wealth funds to invest in target companies, both through the fund and directly without incurring some of the usual management and performance fees, which can translate into millions of dollars of savings.

Due to the big discount in fees, co-investments are popular among investors, and some buyout funds are giving their largest and most sophisticated investors a chance to participate in them before their peers without telling smaller investors about such arrangements.

However, keeping smaller investors in the dark about the way the deals are awarded risk scrutiny from the SEC, say private equity lawyers.

Any omission of “material facts” that may alter an investor’s decision to invest in a fund violates rule “10b-5” of the Exchange Act, a person familiar with the SEC’s thinking said. Information about the distribution of co-investment deals is likely to be considered “material”, the person said.

Given the confidentiality of the arrangements, and the fact that some agreements are not even in writing, it is difficult for the SEC to spot infractions unless alerted by a whistleblower, the person said.

The SEC declined to comment for this story. Last year, however, the regulator called on the private equity industry to adopt a “robust and detailed” co-investment policy that is shared with all investors.

Palico, an online private equity fund marketplace, which has analyzed fundraising documentation, estimates that among 112 buyout firms that raised funds in 2015, only one in six fully disclosed co-investment terms to investors.

The people interviewed by Reuters declined to be identified or to name any of the private equity firms involved, citing confidentiality agreements.

They did identify, however, some of the investors that have benefited from these secretive arrangements. They include Singapore’s sovereign wealth fund GIC and Canada’s biggest public pension fund Canada Pension Plan Investment Board (CPPIB).

When contacted by Reuters, the funds acknowledged that their size and expertise made them go-to partners for co-investments, but stressed they played by the book.

Michel Leduc, a senior managing director and global head of public affairs and communications at CPPIB, which manages $279 billion in assets, denied that CPPIB was involved in co-investments that were not fully disclosed to other investors. He said CPPIB, which had $275 million worth of co-investments, worked with funds that “demonstrated solid disclosure practices.”

“We operate within intensely competitive markets and we are well aware that some institutions enjoy advantages,” Leduc said.

Jennifer Lewis, a GIC spokeswoman, said the fund’s size, reliability, global reach and expertise across asset classes have made it “a partner of choice” among funds for investments and co-investments.

“These qualities help us gain access to good investment opportunities globally,” she said.

People involved in fundraising said some buyout firms do not disclose the preferential terms that big investors get to avoid putting off smaller ones who would like the same treatment.

Private equity firms say they tend to grant co-investment deals to bigger investors, in part because they want to work with experienced teams of managers who can quickly assess a prospective investment.

Lawyers familiar with the private equity industry said the SEC is not known to have brought a case against any fund in the past over co-investments.

Still, the stakes potentially are high for big investors. Private equity funds usually charge a management fee worth around 1.5 percent of total cash managed plus a performance fee of 20 percent of the profits generated. Those fees are waived in co-investments, documents published by private equity investors showed.

Returns on such deals have also outperformed investments in private equity funds in the past due to fee discounts, according to a survey by Preqin, a private equity data provider.