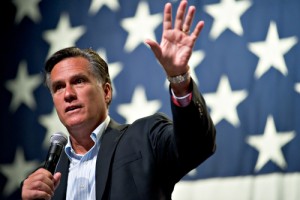 (Reuters) – They may have had Bob Geldof as headline speaker, but as private equity executives headed home after their annual industry gathering in Berlin, many acknowledged they still had much to do to repair their image as unscrupulous corporate raiders.

Thrust afresh into the spotlight by the attempt of former buyout supremo Mitt Romney to become the next President of the United States, private equity bosses have been fighting a rear guard action against claims of self-interested asset stripping and job cutting, as well as their preferential tax treatment.

“If he can’t turn around the image, with millions of campaign dollars and his political life or death riding on it, one shouldn’t underestimate the task,” Malloch Brown, a former deputy secretary general of the United Nations, said.

Private equity firms that bought some of the world’s largest companies at the height of the buyouts boom from 2005 until 2008 with plentiful and cheap debt financing escaped blame for the financial crisis when attention fell on banks and hedge funds.

As they sat at the SuperReturn International conference in Germany, where private equity firms were once characterized as locusts by the former head of the German socialist party, there was palpable concern among executives about the negative publicity they are now receiving in the United States, the spiritual home of the leveraged buyout.

“It has all coalesced around Romney,” said Marc Leder, co-CEO of Sun Capital Partners, a firm that attempts to save companies on the brink of bankruptcy and turn them around. “The private equity industry is being raked through the coals.”

Leder has been a supporter of Romney’s campaign.

“Many people in the private equity world had thought that if somebody who had been a private equity person became President of the United States, that would be great for private equity,” David Rubenstein, co-founder of Carlyle Group said. “Some people are beginning to rethink that position.”

Romney’s record and some of Bain’s investments have drawn controversy. For example, the firm made money out of its deal for Kansas City’s Worldwide Grinding Systems steel mill, though the business eventually closed costing some 750 jobs and thrusting pension liabilities on a federal government insurance agency.

Geldof, a musician now better known for his campaigning, and who is now the chairman of an Africa-focused private equity fund, referenced the Romney controversy in a lively, expletive-strewn speech to the conference on Wednesday.

“I have learned that private equity, contrary to the Romney-esque debate in the United States at the moment, can be a major vehicle for positive change in this world,” Geldof said.

Hanns Ostmeier, President of German industry private equity association BVK said: “Lawmakers have understood that capital is needed. This is accepted, but that does not mean that we are liked.”

“We have to prepare ourselves for a renewed public debate.”

The attacks on the industry and its record are not new, with the “Barbarians At The Gate” moniker from the book about KKR’s takeover of RJR Nabisco nearly 25 years ago, living long in the memory.

Since then the industry has changed, Sun Capital’s Leder said, even if the perceptions have not.

“Ninety-five to 98 percent of the industry buy healthy, growing companies. They don’t cut teams of people, strip or do quick flips,” Leder said. (Quick flips involve buying a company and selling it quickly for a good profit.)

Part of the solution, some at the conference felt, could come from making a private industry a little more public.

Keeping better statistics about its record on jobs could help, Rubenstein said.

Another way could be for firms to assert their own individuality, as publicly quoted companies do, rather than the private equity industry as a whole.

“Private equity firms have to have identities of their own, which are bigger than just being described as private equity, they have to demonstrate what they do as a firm,” Guy Hands, chairman and chief investment officer of Terra Firma, said.

That could stop all private equity firms from getting tarred with the same brush when one firm courts controversy over one of its investments, he argued.

Some hoped that the industry could fix its image quickly within a few years, others who have been trying to shift perceptions for longer, believe it will take many years.

“I think for people to expect it to take just 10 to 20 years to change private equity’s image is very optimistic. We have to remember we are a young asset class. We have come very far, very quickly. It produces envy and mistrust,” Hands said.