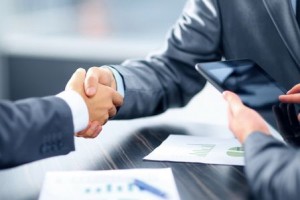 (Reuters) – Private equity firms are increasingly seeking to partner with U.S. companies rather than buying them outright, as they struggle to find ways to put their huge piles of money to work at a time when frothy markets have made takeovers expensive.

Major U.S. buyout shops, such as Blackstone Group LP (BX.N: Quote, Profile, Research,Stock Buzz) and Carlyle Group LP (CG.O:Quote, Profile, Research, Stock Buzz), are looking at deals such as minority investments in companies or partnerships with companies looking to make an acquisition — types of transactions that they largely shunned before the financial crisis of 2008.

It sees potentially even more such deals for the U.S. fund it raised this year, the $13 billion Carlyle Partners VI fund. In September, for example, it agreed to invest $500 million for a minority stake in Beats Electronics LLC, the headphones company co-founded by rapper Dr. Dre.

“You clearly need to do more of those deals to get your targeted rate of return,” said Peter Clare, co-head of Carlyle’s U.S. buyout group, who noted that the share of non-conventional deals could top 15 percent in its latest fund.

Private equity executives argue non-conventional deals can be more lucrative when full-blown buyouts are expensive. Competition for them is less, as the transactions are custom-made and often do not involve auctions.

“Once we have an investment in a company we will do everything we can to help them achieve their goals, whether it is investing more money or not,” Clare said.

While such non-conventional investments account for a small minority of private equity deals, they underscore the industry’s desire to avoid the debt-fueled excesses of the 2005-2008 buyout boom in today’s environment, in which cheap financing and high equity prices favor selling companies rather than buying.

Private equity firms took advantage of red-hot capital markets to cash out on investments throughout the year, an approach epitomized by Apollo Global Management LLC (APO.N: Quote,Profile, Research, Stock Buzz) co-founder and Chief Executive Leon Black in April with the phrase: “We are selling everything that is not nailed down.”

Deploying capital has been more challenging. Although private equity-backed deal volumes are up 31 percent year-on-year in the United States in 2013 thanks to megadeals such as Dell inc and H.J. Heinz Co, the number of deals went down from 1,917 in 2012 to 1,715 in 2013, according to Thomson Reuters data.

At the heart of private equity’s predicament is a problem of plenty. The industry ended the year with $585 billion of “dry powder” to spend in North America, the highest since 2009, according to market research firm Preqin, thanks to yield-hungry investors, such as pension funds and insurance firms, piling in amid record-low interest rates.

At the same time, these firms have struggled to find enough buyout opportunities to invest in to make the 20 percent annual return they like to promise to the investors in their funds, who are known as limited partners (LPs).

Fierce competition for attractive buyouts and a U.S. stock market rally – the S&P 500 has gained 29 percent this year – means the average price firms pay for leveraged buyouts has increased to levels not seen since 2008, the end of the last buyout boom that preceded the financial crisis.

The median earnings before interest, tax, depreciation and amortization (EBITDA) multiple in U.S. leveraged buyouts jumped to 9.8 times in 2013 from 8.3 times in 2012, according to Preqin. A recent research paper by a group of academics at the London School of Economics, University of Oxford, University of Chicago Booth School of Business and Ohio State University, shows funds that buy companies at higher EBITDA multiples tend to report worse returns.

Blackstone Chief Executive Stephen Schwarzman told a Goldman Sachs industry conference earlier this month that when a stock market rallies as much as this one has “and valuations all go up, what we try and do is not load the boat at that period of time because that’s irrational”.

In the case of Crocs and Avago, the private equity firms will not have majority control, but they have strong influence over the outcome. Silver Lake already has a seat on Avago’s board of directors as a result of its ownership of the company between 2005 and 2012, while the Crocs deal gave Blackstone two seats on the company’s board.

Both companies said they would also benefit from the expertise and advice the private equity firms will offer. They also had financial incentives.

Avago’s $4.6 billion loan package backing its acquisition of LSI had a blended interest rate of about 3.5 percent as of the day it was announced, while the $1 billion convertible bonds issued to Silver Lake have a fixed 2 percent coupon.

Crocs said it would use proceeds from its $200 million sale of preferred stock to Blackstone, as well as cash on its balance sheet, to fund a $350 million common stock buyback program.

Following the announcements of these two deals, both Avago and Crocs rallied above the common share price at which Silver Lake can convert its bonds and Blackstone can convert its preferred stock.

The jury is still out on whether such investments will boost returns for fund investors. In the past, such deals have also ended up costing some firms dearly.

For example, Hicks, Muse, Tate, & Furst Inc, one of the biggest buyout firms of the 1990s, spent too much on stakes in public telecommunications companies that did not pay off, eventually leading to the closure of the firm after many investors were disappointed with its results.

Private equity executives tell their limited partners that these deals offer them exposure to companies that they could not get otherwise and facilitate transactions that would not have been feasible without the use of their capital.

For now, fund investors are playing along. Some believe they have little choice.

“LPs are conflicted because they see private equity doing things outside its sweet spot and are not sure how this will turn out,” said Kelly DePonte, managing director at private equity advisory firm Probitas Partners LLC. “But at the same time, they want to be paying management fees on invested capital rather than dry powder.”