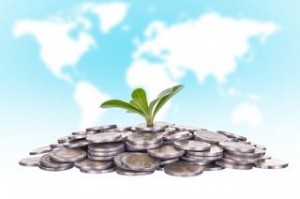 Limited partners can’t seem to get enough co-investment, but Cambridge Associates has some advice – maybe think about waiting until the market cools before deploying that co-investment capital.

Deal multiples are the highest they’ve been since 2007, said Andrea Auerbach, managing director and global head of private investment research at Cambridge. Any investing, not just co-investing, should be selective, she said.

“If one has a co-investment allocation and it doesn’t need to be deployed all at once, it would be worth saving some of it for the next market cycle,” she said. “Managers would most likely need more co-investment capital during a period of volatility than not.”

Co-investments outperformed buyout funds the most in the early 2000s, after the tech bubble burst, and in 2009, amid the global financial crisis, according to fresh research from Cambridge about the best ways to approach co-investing.

Another piece of advice: co-invest in a general partner’s “strike zone.”

This means co-investments should be part of a GP’s focus, strategy, size and skill, Auerbach said. Co-investments that were within the “strike zone” delivered a 1.7x return, while those that were outside a GP’s focus delivered cost, Auerbach said. More importantly, about one-fifth, or more than 20 percent, of “strike zone” deals generated returns above 2x, Cambridge said.

“There is an opportunity to get returns, but LPs needs to be careful,” Auerbach said. “You can’t just buy the market.”

While LPs should look for strike-zone deals, they should also avoid deals where the GP is kicking in a larger equity check than normal or investing in a sector that’s not in their strategy, the study said.

Cambridge typically tracks more than 500 individual co-investments. For the study, “Making Waves: The Cresting Co-Investment Opportunity,” the consulting firm focused on a subset of roughly 100 deals, said Auerbach, who is co-author. The 100 co-investments Cambridge reviewed were part of U.S. buyout transactions of differing sizes that took place in the last decade, she said. The transactions were made by funds-of-funds or dedicated co-investment funds.

Co-investments are popular because they provide an opportunity for better returns, Auerbach said, and they’re often cheaper. GPs sometimes provide such deals on a fee-free and carry-free basis, she said.

Still, LPs should be cognizant that GPs may not be sharing their most attractive opportunities with investors or the LP may be the last investor to see the deal, she said.

GPs generally seek co-investors because an opportunity they are exploring is too large but too attractive to pass up. The GP may want passive investors for the deal or may be trying to curry favor with LPs for future funds, the study said.