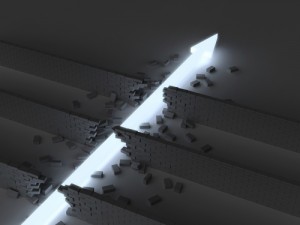 The ballooning size of Vista Equity Partners latest fund, its largest to date at $5.8 billion, will have no effect on the firm’s performance or strategy, said founder Robert Smith at the Columbia Business School Private Equity & Venture Capital Conference on March 6.

Vista, which acquires enterprise software companies, boosted the size of its flagship funds by more than $2 billion in each of its previous two fundraises. The 2012 follow-up to Vista’s $1.3 billion 2008 vintage vehicle closed at $3.5 billion. This October the firm closed successor Vista Equity Partners Fund V at $5.8 billion.

“The thing that I tell our LPs is, the only reason we raised $6 billion (with Fund V) is because we didn’t raise $10 (billion),” said Smith during his keynote address. “We’ll be back in the market soon enough as we deploy this capital.” He added: “We have had as great a success with billion dollar software companies as we have with $30 million software companies.”

In a follow-up interview after his address,Smith said that some investors have cautioned the firm not to raise too big a fund. But by and large, he said, LPs approved the larger fund sizes to accommodate their growing appetite for allocations. On average, he said, Vista LPs request allocations that are more than two and a half times the size of their previous commitments.

New Jersey documents also indicate that Fund IV, the firm’s 2012 vintage fund, had generated a 1.20x multiple as of Dec. 31.

Smith spent the bulk of the keynote address discussing Vista’s approach to portfolio company operations. The firm has developed a series of core best practices—known as Vista Standard Operating Procedures—which Smith said improve internal operations no matter the size of the company.

“Software companies (all) taste like chicken,” he said. “They’re selling different products, but 80 percent of what they do is pretty much the same.”