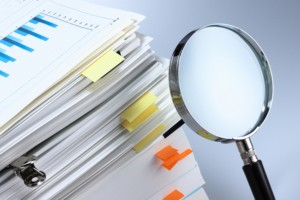 The Illinois State Board of Investment will review each of its investment managers to determine if they properly disclosed political donations to Governor-elect and former GTCR chairman Bruce Rauner and other state officials, Executive Director William Atwood said.

ISBI policy requires its managers to disclose any possible conflicts of interest with its board, which includes four elected officials and five governor appointees. Managers that failed to disclose political donations to state campaigns face consequences ranging from a warning to termination of contract, he said.

“We’re contacting firms that we’ve been called about, who we’ve been told made contributions (to state campaigns),” Atwood said.

At least two of ISBI’s active private equity managers contributed to Rauner’s campaign. In March, Vista Equity Partners Principal James Hickey donated $350 to the campaign, one month before his firm’s fifth flagship fund received a $30 million commitment. It is unclear if Vista disclosed the donation to ISBI prior to receiving its commitment, Atwood said.

Vista Equity did not respond to requests for comment.

Robert Cummings of Wind Point Partners also donated $350 to Rauner’s campaign. However, because the board’s $15 million commitment to Wind Point preceded its adoption of a political campaign disclosure requirement in 2009, the firm was not obligated to disclose the contribution, Atwood said.

Rauner’s campaign collected more than $66 million in donations by the Nov. 4 election, including at least $2.25 million from private equity and venture capital executives through Sept. 19.