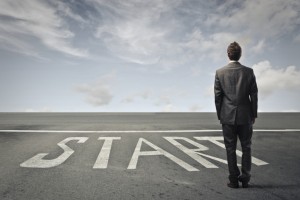 Solomon Owayda and Christine Patrinos have partnered to launch Mozaic Capital, a firm that advises institutional investors on the sale of interests in private equity and related limited partnerships. Selling has become an increasingly popular activity in what is still considered a largely illiquid asset class.

A decade ago investors may have avoided the secondary market over fear general partners would label them as disloyal or fickle. “I think that stigma is gone,” said Founding Partner Owayda, probably best known for launching and building the private equity portfolio for California State Teachers’ Retirement System from 1988 to 1997. The secondary market, he added, “is becoming a very important tool for (investors) to better manage their portfolios.”

Owayda and Patrinos began their professional affiliation more than two years ago. Owayda, then a managing director in the Boston office of advisory shop Siguler Guff & Co, and Patrinos, then a Boston-based consultant advising on secondary deals, teamed up to advise Siguler Guff clients on the sale of limited partnership interests. Previously Patrinos spent nearly five years sourcing and managing fund investments at funds-of-funds manager HarbourVest Partners. Owayda earlier in his career saw action as a secondary buyer as chief investment officer of the advisory business of SVG Capital PLC.

Mozaic Capital, which will take on assignments of any size, has the capacity to work on up to three to four deals at a time, said Owayda. It will act as more than just a broker in transactions. Upfront, said Owayda, the firm can review the investment strategy of its clients, as well as their objectives for achieving liquidity. It can provide an estimate for the valuation of their holdings and advise on how to best structure the sale to get the best price—including breaking up a larger portfolio into pieces.

“We work with LPs as their agent to help them (evaluate) their portfolio, (advising) them what to sell, when to sell, and to whom to sell,” said Owayda. The firm has relationships with some 100 buyers that together account for the majority of secondary market purchases, he added. Clients should figure on a minimum of 45 days from start to finish for a transaction.

Industry sources say competition for deals in the last 18 months has pushed the going rate for secondary advisory work generally down to the range of 50 bps to 75 bps of the sale price, although complex or smaller deals could command more. The largest portfolios command the lowest prices.