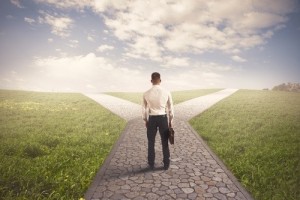 Oak Hill Capital Partners waited six years before it returned to market with its fourth flagship fund, and a lot can change in six years.

A series of departures and new arrivals led Oak Hill to narrow the focus of its investment strategy to four core sectors, compared to the six it pursued with the $3.8 billion Oak Hill Capital Partners III. The new fund, its fourth, is targeting $800 million less than its predecessor and will likely invest in the industrial; services; consumer, retail and distribution; and media and communications sectors, according to SEC filings and its website.

There is no “deep dark secret” behind why the firm set a lower target on its newest fund, a source with knowledge of the firm told Buyouts. Oak Hill wanted to retool its efforts around strategies that have worked consistently throughout its history.

Healthcare and technology are no longer considered “core sectors” by the firm, which removed those specialties from its website at some point in the last year, according to Internet archives.

The firm’s senior management also has seen some turnover. Mark Wolfson, one of the firm’s four managing directors, departed to co-found investment management firm Jasper Ridge Partners in 2013, though he still works as a senior advisor to Oak Hill.

Oak Hill balanced some of those departures with notable hires over the last two years. This year the firm added former Investcorp International executive Steven Pucinelli as a partner focusing on the services sector. And Brian Cherry, formerly of J.H. Whitney & Co, joined Oak Hill’s industrials group in 2014.

“There was a group of guys there for a very long time, and you have natural succession and resolution within the firm,” said a source. “These guys have done what they’ve done successfully for a long time.”

Noted investor Robert Bass founded Oak Hill in 1999 after investing $1.2 billion across 26 deals over the previous decade, according to the firm’s website. Oak Hill’s debut fund, a $1.6 billion vehicle, went on to generate an 11.8 percent internal rate of return on 18 portfolio companies, according to New Mexico State Investment Council documents.

Oak Hill’s larger, follow-up funds performed similarly, and while those funds are decidedly in the black, the returns generated by Funds II and III have not been overwhelming. Oak Hill’s $2.5 billion vintage 2005 fund netted a 10.04 percent IRR as of March 31, according to Montana Board of Investments documents, just above the 8.59 percent median IRR generated by 2005 vintage funds, according to Cambridge Associates.

Fund III also generated an IRR of about 10 percent, but that is only slightly better than Cambridge’s “bottom quartile” threshhold of 9.57 percent.

Returns for Fund III have likely been bolstered by last year’s IPO of Dave & Buster’s Entertainment. The restaurant chain opened at $16 per share on the Nasdaq in October 2014 and was trading above $36 per share as of early September.

Oak Hill acquired Dave & Buster’s for $570 million in 2010 and held an 81 percent stake when it went public. The firm sold roughly 5.6 million shares in February, when shares were trading at $29.50, reducing its ownership stake to 62.1 percent, according to Law360.