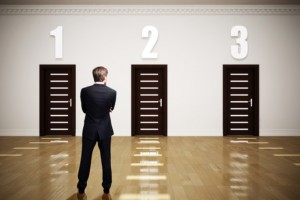 Should limited partners have a “third option” in a fund restructuring beyond selling or rolling over on new terms?

Under this third option, LPs would roll into a new vehicle with no significant changes to economic terms such as management fee and carried interest. However, the time limit on the fund would be reset.

Indeed, more LPs are requesting the third option, and sources said it is growing more common. “For existing LPs rolling over, this looks and feels more like a multi-year fund extension,” said Brian Mooney, managing director at secondaries intermediary Greenhill Cogent. He added: “Most LPs have been through at least one, if not multiple, restructurings. They understand them better, they’re more aware of the issues, and they’re more aware of their leverage in negotiations to get these deals done.”

Requests for a third option are being given more weight in part because the SEC has turned its eye on the secondary market, and especially on so-called “stapled” transactions that involve commitments of new money. Igor Rozenblit, co-head of the private funds unit in the SEC’s Office of Compliance Inspections and Examinations, said at a conference in May that restructurings often give LPs “two bad options.” They are selling at a discount to net asset value or rolling over with the same GP on new terms, with a reset clock, and with a potentially diluted interest due to the new money coming in.

“As an existing investor, often your thought is, ‘I’ve already paid these economic terms. I’m not sure it’s worth my sharing more economics with a GP that’s failed me in the past,’” said one secondary market executive.

Simren Desai, a vice president at intermediary Setter Capital, said: “We’ve never advised a fund manager to force investors who don’t want to sell to take new economics. The deal needs to be a win-win for all parties.”

In practice, executing on the third option has its hurdles, including managing the creation of a two-class LP system, with one class operating under the old terms and another under the new terms. This can create a misalignment of interests, especially in cases where new investors put up fresh capital. The result can be dilutution in the equity interests of investors who don’t take part in any new investments, such as add-ons to existing portfolio companies.

“Their ownership [in the portfolio company] goes down, and how much depends on the valuation of the new investment,” Greenhill’s Mooney said. “How they set that valuation can be a contentious point.”

Another potential issue with the third option: The majority of existing LPs may choose it. In fact, existing LPs would likely want to stay as close to status quo as possible, sources said.

The GP could offer a variation on the third option. For example, a GP might offer existing LPs rolling into the new vehicle an “abbreviated status quo” with an extended term and fresh fees but not at the full rate new investors are paying, said Phil Tsai, head of secondary advisory work at UBS. “That would be subject to negotiations,” he said.

Irving Place Capital Partners, which is restructuring Fund III, recently said LPs who roll over will do so on “substantially similar” terms to what they already had. However, LPs who do so will be required to put up additional capital for new investments.

One Fund III LP said they prefer to not have to decide whether to sell their interest in the fund or to roll over into a new vehicle. Rather, they want Irving Place to manage out the fund “and try to create value for themselves and for LPs.”

Those who manage secondary transactions say LPs can already choose to do nothing by rejecting a restructuring proposal. That leaves the GP to manage out remaining investments.

But others argue LPs have a hard time working together to reject proposals. Moreover, the GP’s hand is strengthened by having close relationships with members of the LP advisory committee, who are usually the biggest investors in the fund.

Restructurings, which have become a much larger part of the secondary market, continue to evolve as GPs and LPs figure out what works. There will continue to be challenges, but this form of secondary transaction is here to stay, sources said.