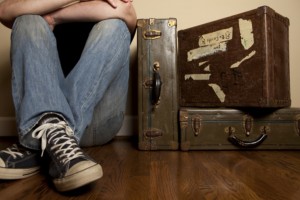 Solomon Owayda, who in the late 1980s and 1990s led the private equity program at California State Teachers’ Retirement System, and who played a seminal role in the founding of the Institutional Limited Partners Association, has left Siguler Guff & Co as managing director in its Boston office.

Owayda, who said he plans to stay in the industry, most recently worked on separate-account mandates for state and corporate pension clients of the New York-based money management firm. He also advised three different clients on some $200 million to $300 million worth of secondary sales. Owayda’s last day was March 31.

He declined for this article to be more specific about his plans.

“I’ve been at Siguler Guff for five years,” said Owayda. “I’m in my late 50s. It’s time for me to figure out what should be the next chapter in my life.”

In a private equity career spanning 27 years, Owayda has been the architect of portfolios valued at some $10 billion. He launched the private equity portfolio at CalSTRS and oversaw its growth to more than $2 billion from 1988 to 1997. During his tenure CalSTRS, he diversified into co-investments, secondary investments and international funds.

After leaving CalSTRS Owayda built the fund-of-funds and secondaries business for SVG Capital, the U.K.-based money manager. Under Owayda’s leadership the firm’s private equity arm grew to more than 4 billion euros under management. It pioneered the use of securitization to raise money through debt and equity offerings for its “SVG Diamond” series of funds.

In the early 1990s Owayda was part of a group of limited partners, along with the late Tom Judge, then manager of private equity at the AT&T corporate pension fund, to meet in Chicago to discuss issues of common interest. The group later evolved into the influential Institutional Limited Partners Association, where Owayda served as chairman for several years before he left CalSTRS.

Owayda also is a trustee at The Church Pension Fund, which provides retirement, healthcare and life insurance benefits to members of the Episcopal Church. The fund had investments valued at $11 billion as of year-end 2014.

Owayda is one of a handful of senior executives to leave Siguler Guff over the last several months. Marianna Fassinotti in April stepped down as a managing director and co-portfolio manager of the firm’s distressed opportunities funds to join hedge fund The D.E. Shaw Group. Fassinotti had been with Siguler Guff since 2009.

Terri Ambron Liftin also left Siguler Guff in April after just under six years with the firm; her most recent position was managing director, managing counsel and chief compliance officer. Buyouts was unable to learn what Liftin plans to do next.

A source close to the firm said that none of the recent departures triggered key-man provisions at the firm, which in addition to the distressed opportunities funds manages funds targeting investments in small buyouts, small business credits, trade finance, distressed real estate and emerging markets private equity. Altogether the firm has more than $10 billion in assets under management. It employs some 160 people, including five partners and more than 60 investment professionals, in eight offices around the world.

The source declined to comment on plans to replace most of those who recently departed, but noted that Siguler Guff has made eight senior-level executive hires since the beginning of 2014. Among them, Prabhas Panigrahi joined the firm’s distressed investment team earlier this year to work on energy and infrastructure investments. Prior to joining the firm he founded and was CEO of merchant banking firm NRG Worldwide.